The latest edition of Fruit Attraction was a very special one, marking the event’s 10th anniversary. Celebrating in style, over 81,000 professionals from 122 countries attended, registering a growth of […]
Tue 29/01/2019 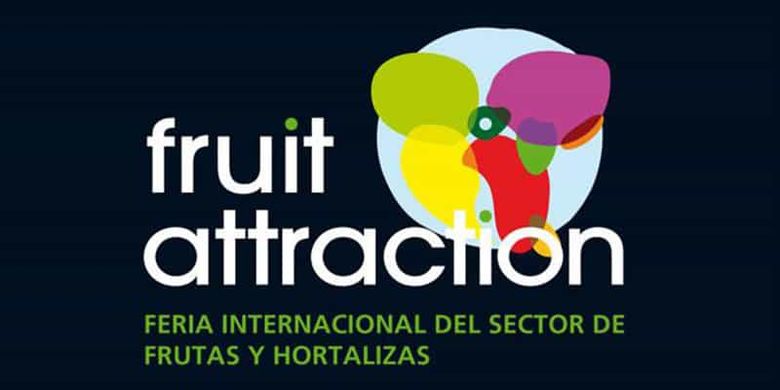 The latest edition of Fruit Attraction was a very special one, marking the event’s 10th anniversary. Celebrating in style, over 81,000 professionals from 122 countries attended, registering a growth of 19% compared to the previous edition. The expo is a key meeting point for the industry as a whole as it brings together the fruit and vegetable production and distribution channels. It is undoubtedly a fundamental instrument for the internationalisation of the sector. For the organisers (IFEMA and FEPEX), it is a source of satisfaction to see at first hand the confidence that the sector has placed in Fruit Attraction. The 2018 edition was the largest and most complete yet, with the participation of 1,621 companies from 40 countries, with 51,400 square metres of sectorial offer – 15% more than at the previous event. Multiple parallel events of interest were organised, including the first international Biofruit Congress on the future of organic fruit and vegetable markets.

It was in 2009 when the sector, through FEPEX, identified the need to develop a commercial project that would help it continue to strengthen its leading position in international markets. Thus, IFEMA, a specialist in creating events tailored to different economic sectors, developed the Fruit Attraction trade fair, focused on presenting a very profitable economic and commercial tool that would ensure an influx of first-rate international visitors . Now, a decade later, the effort and work are paying off, as these excellent participation figures demonstrate. All this confirms the confidence of the sector in this first-class commercial tool at the service of companies, which has achieved a progressive positioning that allows it to offer participants a platform of international momentum and expansion.

In fact, one of the most outstanding parameters in this last call has been the notable increase in international participants, registering a total of 27,994 professionals from 122 countries – an increase of more than 40%. Once again, those from Europe were the most numerous, especially from Italy, France, Portugal, the United Kingdom, the Netherlands, Germany, Poland and Belgium, confirming the fair’s position as a key commercial event for the production, marketing and distribution in Europe. On this occasion, there were also professionals from Brazil, Chile, Morocco, Peru and South Africa. There were also visitors as part of the Invited Import Market programme, co-organised with the ICEX, and which on this occasion were Canada and the Arabian Peninsula area, with 374 professionals from Canada, Saudi Arabia, the United Arab Emirates, Jordan, Kuwait, Oman and Qatar.

In terms of exhibitors, international participation accounted for 36% of the total, with 580 foreign companies from 40 countries, especially the Netherlands, Italy, Portugal, Poland, and Greece, with strong growth from France. There were also non-EU countries like Chile, Brazil, Peru, Costa Rica, Colombia, Argentina and South Africa, among others, which together created for the first time a complete area for ​​the Southern Hemisphere. In addition, Angola, the United Arab Emirates, Finland, India, Iran, Mali, Malta, Russia and Serbia participated for the first time in the Hall.

Category: Uncategorized
Tags: 2018, Expo, Fair, Fruit Attraction
We use cookies on our website to give you the most relevant experience by remembering your preferences and repeat visits. By clicking “Accept All”, you consent to the use of ALL the cookies. However, you may visit "Cookie Settings" to provide a controlled consent.
Cookie SettingsAccept All
Manage consent