In the 2012/13 marketing season, From® faced a highly unusual market owing to the poor apple harvest in Europe. The lack of high-quality produce brought a steady rise in prices […]
Thu 13/02/2014 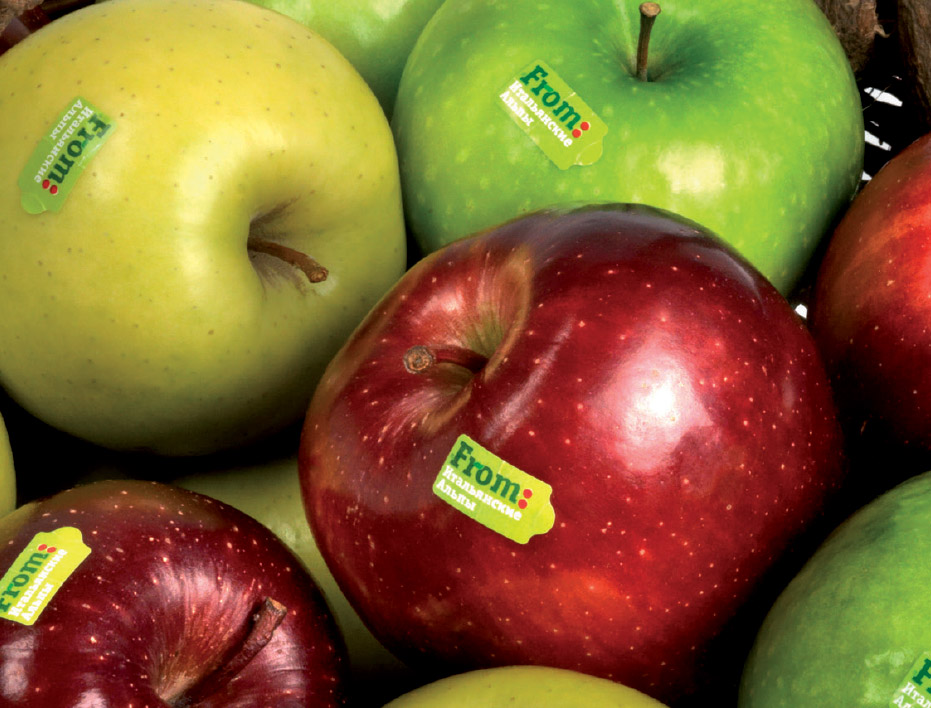 In the 2012/13 marketing season, From® faced a highly unusual market owing to the poor apple harvest in Europe. The lack of high-quality produce brought a steady rise in prices and the limited supplies were naturally allocated to the most loyal clients. The From® mark’s core markets aligned with the European price levels, highlighting the low elasticity of the demand for particular sizes and specific varieties of this premium product.
The 2014 season got under way with the European crop trending back to normal, leading to confidence that a more balanced price level may make it possible to increase sales volumes, helping to strengthen From®’s stronghold in its core markets, although brand recognition must always be associated with positive connotations. “The objective for this season is to intensify our communications campaign, remembering always that the goal is to increase brand awareness, which is already high in Russia”, said Nicola Zanotelli. “The new products we are offering in Russia include apple juice and pear juice, which we suggest selling alongside the fresh produce in the fruit and vegetable department”. The feedback from the initial trials has been positive, particularly the repeat buying effect among customers who have tried this product, as there is a big difference in quality compared to anything else on the market. The main Russian markets have a strong import structure that does not allow sales strategies to be updated. Specifically, the major retail companies are served by big importers that have become increasingly well adapted to acting as an interface between the European suppliers and the Russian supermarkets.