France has yet to pay damages for the multi million dollar loss of a banana shipment in September last year in a bungled drug raid on the Swedish reefer Stina. […]
Fri 03/10/2014 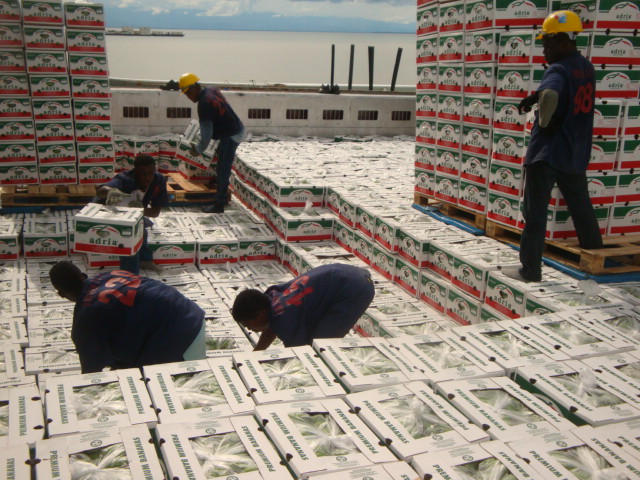 France has yet to pay damages for the multi million dollar loss of a banana shipment in September last year in a bungled drug raid on the Swedish reefer Stina.

Nearly 216,000 boxes of Colombian bananas are said to have been aboard the vessel when it was allegedly intercepted by the French Navy in international waters and made to go to French outpost Martinique Island.

It’s been reported the French thought they were making a massive narcotics bust – after a tip-off by US authorities about cocaine being smuggled in the cargo – but no drugs were found. The fiasco saw the bananas, which had been destined for Algeria, unloaded in high heat for inspection and later destroyed, something now subject to a US $2.7 million damages claim.

According to banana news source Sopisco News, the MV Stina, flying a Barbados flag and belonging to the Stina Shipping Company, was represented by the agents Holy House Shipping of Stockholm-Sweden. “Star Fruit Company based in Algeria, one of the largest fruit traders of the Northern African country, and Tagholm Overseas Company based in Tortola – British Virgin Islands had reached a commercial agreement with Banana International Corporation, a company represented by Banacol, a Colombian company based in Medellin, and for this they chartered the vessel to transport the cargo to Algeria,” Sopisco News reported.

“Almost a year since the unfortunate event, the French authorities which had informed the attorneys of the vessel and cargo owners that they wanted to liquidate damages amicably and without recourse to the ordinary courts, have not taken any steps to make the payments,” it claimed.

Category: Uncategorized
Tag: bananas
We use cookies on our website to give you the most relevant experience by remembering your preferences and repeat visits. By clicking “Accept All”, you consent to the use of ALL the cookies. However, you may visit "Cookie Settings" to provide a controlled consent.
Cookie SettingsAccept All
Manage consent