Frost and hail in the stone fruit producing regions in northern China this spring, have negatively affected both the production and the quality of peaches, nectarines, and cherries.  The MY […]
Thu 23/08/2018 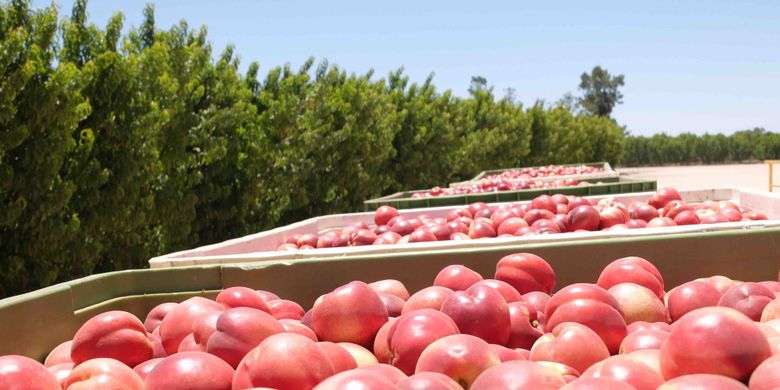 Frost and hail in the stone fruit producing regions in northern China this spring, have negatively affected both the production and the quality of peaches, nectarines, and cherries.  The MY 18/19 (January-December) production of peaches and nectarines is forecast at 13.5 million tons, down 6% from MY 17/18.  China’s cherry production is forecast at 340,000 tons in MY 18/19, which is more than a 10% drop from last year. This fall comes despite the 9% rise in cherry planted area, to 125,000 hectares in MY 18/19.  Greenhouse production of cherries is expanding in China in order to capitalise on the higher prices for early-season cherries. With cherry consumption increasing and a demand for high-quality fruit, cherry imports are forecast to increase to 160,000 tons in MY 18/19.  Peach and nectarine imports are also up, to 20,000 tons.

Imported cherries are widely available via e-commerce, which is a popular retail channel among young consumers (aged 25-45) in first- and second-tier cities. US cherries are mostly sold on e-commerce platforms in China, with sales increasing every year. Traders note that the price factor is no longer a consideration when it comes to China’s affluent middle class. Consumers are looking for high-quality products and are willing to pay premium prices.

Cherry imports are forecast at 160,000 tons in MY 18/19, up 57% from the previous year. Consumption of high-end imported cherries continues to increase. The major import season is from December-February during the lead up to the Chinese Lunar New Year. Chile remains the largest cherry supplier to China and its market share is expected to continue to grow as a result of increased production. With the benefit of a zero-tariff arrangement under their Free Trade Agreement, more than 80% of Chile’s cherry exports end up in China. The US is the lead cherry exporter to China from May-July. In MY 18/19, the forecast decrease in cherry production in the US could reduce export supplies. To make matters worse, additional tariffs imposed on US-origin fresh fruit may reduce the buying interest of Chinese importers for US cherries. US cherry exports to China reached a historic high in 2017. The US export volume doubled in 2017, accounting for nearly 27% of total cherry imports to China, up from 13% in 2016.  In 2017, Chile accounted for about 68% of imports, with Canada, New Zealand, Australia, and others accounting for the remaining 5%.  Although China recently granted market access to Turkish cherries, the lack of air shipment resources and requirements for cold treatment is likely to prevent large quantities of imports from the world’s largest producer in the foreseeable future.

Category: Uncategorized
Tag: China; Stone fruit
We use cookies on our website to give you the most relevant experience by remembering your preferences and repeat visits. By clicking “Accept All”, you consent to the use of ALL the cookies. However, you may visit "Cookie Settings" to provide a controlled consent.
Cookie SettingsAccept All
Manage consent