Extraberries’ first shipment of cherries for the season will arrive in China by air to start the cherry export campaign. This marks the first Argentine exports after Patagonia’s recognition as […]
Mon 09/11/2020 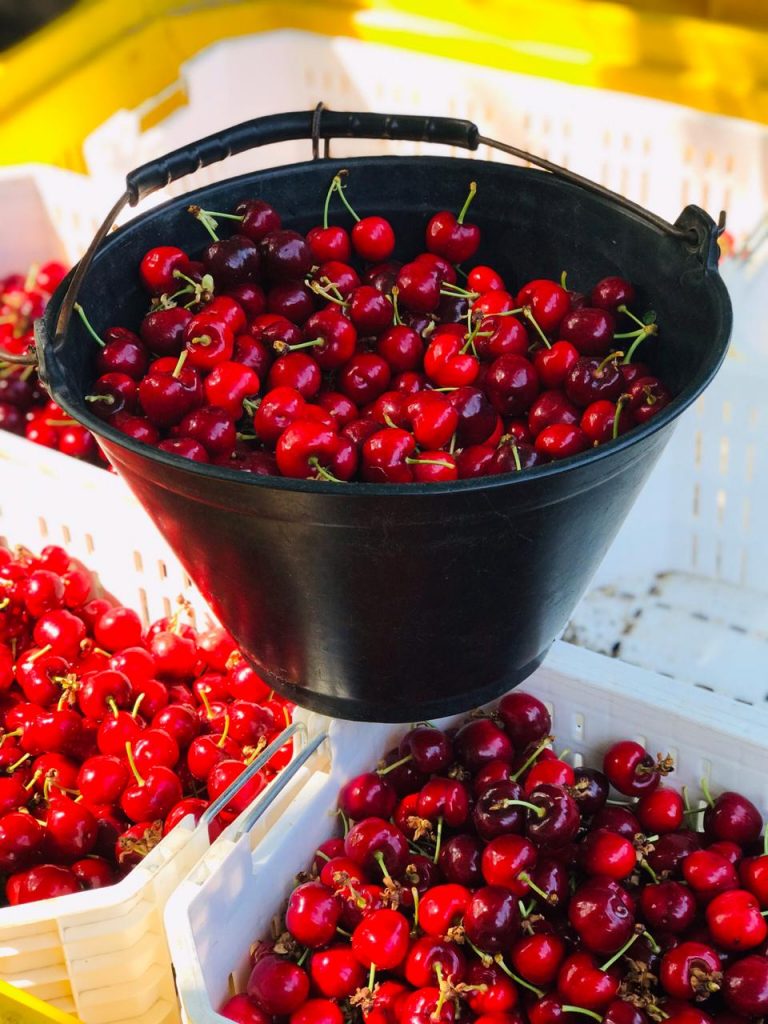 Extraberries’ first shipment of cherries for the season will arrive in China by air to start the cherry export campaign. This marks the first Argentine exports after Patagonia’s recognition as being fly-free. This means that air cargoes do not have to incorporate cold treatment at origin, as was initially required when exporting began last year.

Extraberries SA has extensive production in the valley of the Rio Negro, where it produces early and mid-late season cherries. Late production is located in one of the southernmost fields of Patagonia, in the Colonia Sarmiento province of Chubut. Both locations have state-of-the-art infrastructure and technology to comply with the rigorous quality standards and sanitary protocols required by China.

Extraberries S.A., with its Royal Down variety, has become the first Argentinian company to send fresh cherries to China in 2020, with the fruit arriving in week 46. This would not have been possible without the synergistic work of the entire Extraberries SA team, as well as the support of the national authorities, and all those companies that collaborated in this great milestone for the industry, such as Transportes Javier and Aerolineas Argentinas.

“China is the world’s leading importer and consumer of cherries. So completing this first export by air is a true milestone with regard to the global situation we are facing due to COVID-19,” said Adolfo Storni, president of EXTRABERRIES SA. “The Chinese demand for cherries represents an enormous opportunity for local production to generate new investments that increase plantations and processing technologies,” said the manager, who predicted that “if Argentina achieves the same as Chile achieved in just 15 years, cherries could become one of the country’s most exported fruits, with the consequent impact on employment, local development and the generation of foreign exchange.”

In 2019, EXTRABERRIES SA was also the first Argentine company to receive authorisation from China to export cherries with cold treatment at origin, as it has its own cameras. Cherry exports arrived in time for the Chinese New Year. In that same season, the firm registered the highest cherry export volume in the country.

EXTRABERRIES SA, located in Argentine Patagonia, has produced and marketed fresh cherries and other fruits such as pears and apples since 2008. It is located 18 kilometres from the town of Chimpay, in the region of Valle Medio del Río Negro. It owns some 1,200 hectares suitable for fruit production, designed to strengthen and stimulate the development of fruit production and other related activities.

Category: Uncategorized
Tags: cherries, China, exports, Extraberries S.A.
We use cookies on our website to give you the most relevant experience by remembering your preferences and repeat visits. By clicking “Accept All”, you consent to the use of ALL the cookies. However, you may visit "Cookie Settings" to provide a controlled consent.
Cookie SettingsAccept All
Manage consent