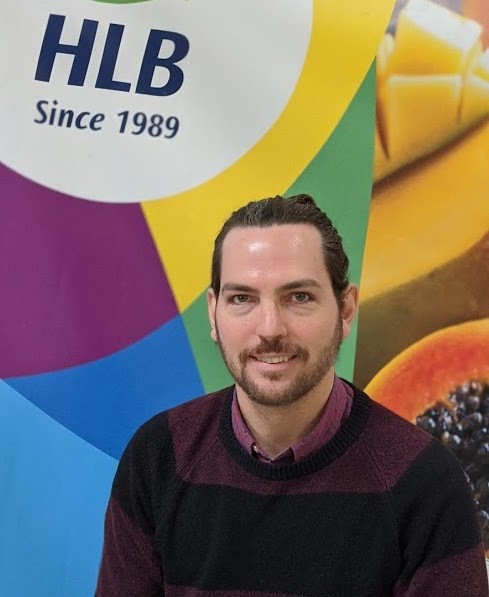 The German tropical fruit importer and distributor HLB Tropical Food GmbH is announcing some major personnel changes in its Kelsterbach headquarters. As of August 2019, Mr. Lorenz Hartmann de Barros has joined the company as co-managing director. He brings almost 20 years of experience in the family business, and a lifelong enthusiasm for exotic fruits and vegetables. The company also proudly announces its 30-year anniversary this year.

In July Mr. Hartmann de Barros emigrated with his family from the United States, where he was Director of Sales at HLB Tropical Food’s sister company, HLB Specialties in Florida. “Our team is very happy to welcome him, and we look forward to his rich experience and passion about papayas, mangoes, and the other tropical items we carry,” notes Mrs. Susanne Raiß, managing director at HLB Tropical Food GmbH. “I’m excited to join the German HLB team and I appreciate the opportunity to bring my expertise of working with large retailers and wholesalers in the US and Canada,” adds Mr. Hartmann de Barros.

Mr. Hartmann de Barros’ addition is very fitting, as the company celebrates 30 years in business. Founded by his father, Homero Levy de Barros, the company first focused on fresh fish imports from their native Brazil. In 1992 the company shifted the business to importing air-flown papayas and helped transform the fruit from a niche item to a staple in retail stores. Since then, the company has distinguished itself with other items, most recently with being the only grower-packer-shipper to import organic Formosa papayas year-round to the North American market.

HLB Tropical Food GmbH is also saying farewell to their good friend Mr. Heiko Pult, who was part of the HLB team for the past 22 years. Mr. Pult was an integral part of the company’s shaping and success. “We thank him for his commitment, engagement, and loyalty, and wish him all the best in his new field as well as personally,” adds Mrs. Raiß.

HLB Tropical Food GmbH imports a variety of tropical fruits from Central and South America, including conventional and organic Formosa and Golden papayas, mangoes, mangosteen, figs, and other seasonal items for the European market.

Category: Uncategorized
Tag: HLB Tropical Food
We use cookies on our website to give you the most relevant experience by remembering your preferences and repeat visits. By clicking “Accept All”, you consent to the use of ALL the cookies. However, you may visit "Cookie Settings" to provide a controlled consent.
Cookie SettingsAccept All
Manage consent