Ecuadorian mango sector hopeful that improvements to packhouses will help boost exports to European markets During the 2013/14 season, Ecuador has exported worldwide  11.9m  boxes  of 4kg mangoes, equivalent to […]
Fri 14/02/2014 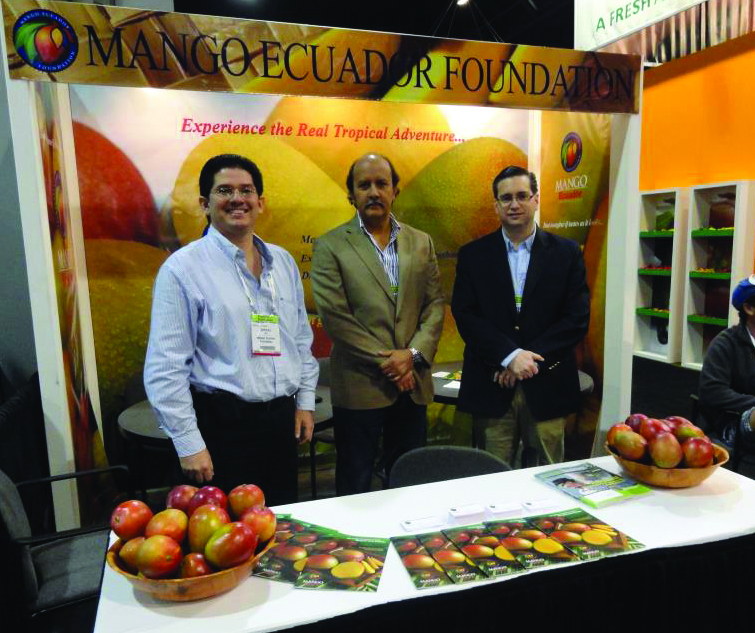 Ecuadorian mango sector hopeful that improvements to packhouses will help boost exports to European markets
During the 2013/14 season, Ecuador has exported worldwide  11.9m  boxes  of 4kg mangoes, equivalent to approximately a 10% increase compared with the previous campaign.
According to Mr Bernardo Malo, Chairman of the Board of Directors of Ecuador’s Mango Foundation, the vast majority of these volumes – some 85% to be exact – were shipped to the US, which is by some margin the country’s largest market for the fruit. The remainder goes principally to European markets, Canada and Mexico during the season.
However, the Foundation says that important improvements in working practices at mango packhouses in Ecuador, which have been put in place over the recent seasons, are expected to have positive repercussions to exports to Europe.
“Important improvements to packing plants have been carried out with the aim of being able to increase the participation of Ecuadorian mangoes in Europe,” the Foundation said. “Beginning from the 2014 season, we think that Europe will be a destination with a lot more potential for Ecuador.”
In terms of varieties, Tommy Atkins accounts for the majority (67%) of all mango production in Ecuador, followed by Kent (16%), Ataulfo (12%) and the remaining 5% divided between other varieties. For the Foundation, this focus on the most popular mango varieties is also helping make Ecuadorian mangoes attractive for international markets.
Of course, having the correct certification standards in place is vital when it comes to competing effectively in European markets, and for this reason the Foundation said all the mango packhouses in Ecuador are HACCP or Globalgap certified. An estimated 65% of all mango orchards in the country have also now achieved Globalgap certification, the organisation said, demonstrating that both producers and packers had made important investments to increase their competitiveness in international markets.
With this in mind, the Foundation said its member exporters were now looking towards Asia for future growth. “Currently, the sector can be found working to open new markets, particularly China and Japan, due principally to our compliance with phytosanitary protocols demanded by those markets,” it said.
Based in Guayaquil, the Ecuadorian Mango Foundation is a non profit organisation whose main objective is to support producers and exporters in Phytosanitary matters, with a special focus on using the country’s natural resources in a efficient and sustainable way in order to increase productivity.
Mangoes are principally produced in the province of Guayas, with an approximate surface area of around 6,300 ha of which 5,500 ha are dedicated to export. The remaining hectares are devoted to local, Andean markets, and the production of juices and mango concentrate.