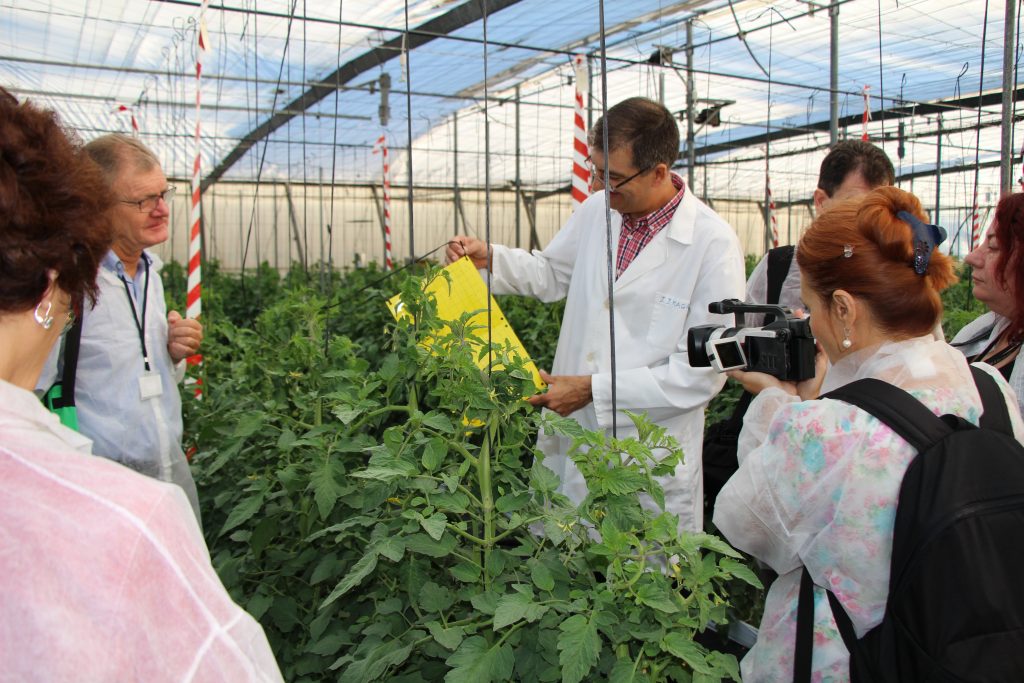 Almeria’s move from a fairly high rate of exceedance of maximum residue levels (MRLs) to now being among the best in class in Mediterranean greenhouse production is a success story the European Crop Protection Association (ECPA) is using to help farmers in other areas. Under its residue management project, ECPA is transferring the knowledge gained in Almeria to the Antalya region of Turkey so it can benefit from the Spanish success in improving residue management. The project focuses on tomatoes and peppers as they are among the most widely consumed vegetables and, because of tough climatic conditions, they are also difficult to manage in terms of controlling diseases and pests.

Responding to consumer concerns about residues

The 2013 annual residue report by the European Food Safety Authority (EFSA) showed the vast majority of food contains no measurable residues, or residues below MRLs. However, the recent Eurobarometer shows that the issue of pesticide residues in food is one that consumers are particularly concerned about. “We want to try to address this through our residue management project,” said ECPA director general Jean-Charles Bocquet, “and for consumers to feel confident about the food they eat.” The project aims to support the reduction of residues by promoting use of integrated pest management (IPM) principles and good agricultural practices.

Public affairs director Graeme Taylor told ED that ECPA takes consumer concerns seriously – hence its commitment to address them through dedicated activities. “We want to contribute to fostering consumer trust by addressing and explaining the issues of pesticide residues and residues management. We want to explain that European food is safe and show consumers what it takes to grow a healthy plant, explain why farmers need crop protection products or why sometimes pesticide residues occur. And most importantly, present what our industry and farmers are doing to minimise, if not eliminate, any risk for the consumer,” he said.

The project harnesses the train the trainer concept and started with the training of 7 master trainers in Spain, who have gone on to train trainers for Turkey. Since its start in 2013, there have been 135 attendees in training held in Antalya, with further 60 participants at two sessions held in November 2015. Feedback showed the training was found useful, particularly the topics of IPM, biologicals and sulfur sublimation.

Taylor said ECPA is now looking to share the experience and knowledge gained in Spain and Turkey with other EU countries.

Among other goals are:

Food safety is not an area of competition but an area of cooperation and we want to share lessons learned with other partners,” Taylor said.

Category: Uncategorized
Tags: crop protection, ECPA, MRLs, pesticide residues
We use cookies on our website to give you the most relevant experience by remembering your preferences and repeat visits. By clicking “Accept All”, you consent to the use of ALL the cookies. However, you may visit "Cookie Settings" to provide a controlled consent.
Cookie SettingsAccept All
Manage consent