© Corivan In 2019, Covirán redoubled its efforts to ensure sustainability and respect for the environment in its business model, with the reduction of emissions, the improvement of energy efficiency, […]
Wed 08/04/2020 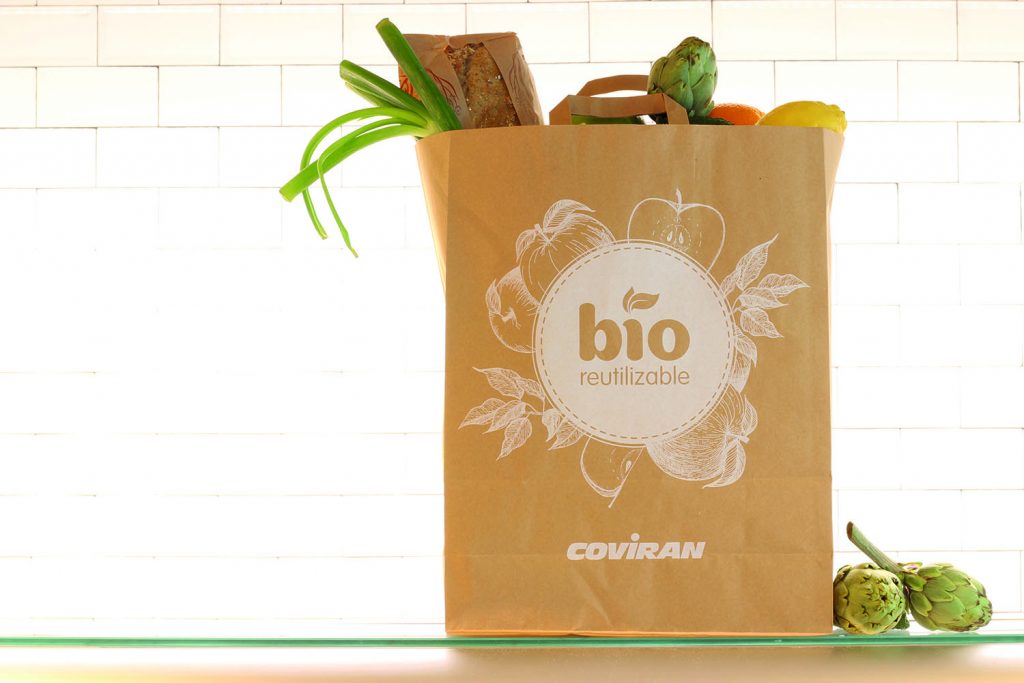 In 2019, Covirán redoubled its efforts to ensure sustainability and respect for the environment in its business model, with the reduction of emissions, the improvement of energy efficiency, the optimisation of resources, and the use of waste.

President of Covirán, Patro Contreras, stressed that the investment effort of the Cooperative and its partners “has been targeted at modernising the facilities,” which in addition to contributing to the profitability of the supermarkets, allows it to reduce its carbon footprint.

These investments have been accompanied by the selective collection of waste, the decrease in the consumption of water, plastic and paper, as well as the optimisation of the logistics network.

“The data proves the growing commitment of Covirán partners and workers to the proper management of waste, following the circular economy model that seeks efficiency in the use of resources and cost savings,” said Contreras.

In 2019, a total of 1,006 tons of non-hazardous waste (cardboard, plastic and pallets) was recycled, 67.7 tons more than the previous year, and 600 kilos of hazardous (batteries and oil) were reused.

Thanks to the investment in air conditioning equipment, the electricity consumption of the Covirán facilities has been reduced by 10%.

Likewise, the energy consumption of refrigeration facilities has been reduced by 4% after the decision to use refrigerants with low PCA (Atmospheric Heating Potential) and natural refrigerants.

Since 2016, the policy of saving water in the network of logistics platforms has been accentuated, achieving in four years a cumulative decrease of 25.1%, a saving that stands at 33% if we include improvements in water economisers, installation of reduced discharge tanks, and training on responsible use and consumption.

Covirán has been working for years on different initiatives to reduce plastic consumption as much as possible, both in stores and in the logistics platform network.

Only in plastic film, essential to seal the food transported on pallets, around 5 tons less were used in 2019 than in the previous year (-4.34%).

At the points of sale, Covirán launched reusable mesh bags for fruits and vegetables. The ‘Bring your bags from home and give them a new life’ campaign was also launched, a collaborative project with customers that began in the La Ilusión supermarket in Granada to extend the use of plastic bags (up to 15 times). Another option offered to customers, in an increasing number of supermarkets, is the use of paper bags in bulk dispensers, a more sustainable proposal that dispenses with plastic packaging.

In 2019, digitisation work was intensified in all offices to reduce paper consumption, with the consequent improvement in management efficiency and savings in sheets and printers. This measure has been complemented by awareness campaigns aimed at employees and partners to avoid, as far as possible, the use of paper.

Covirán also reduced the number of prints of promotional brochures in the last year: from 1.35 million copies it has gone down to 980,000, more than 30% for each print run. To compensate for the decrease in brochures, more digital screens have been enabled and the service has been enhanced through the mobile and the website.

Much of the savings in paper has its origin in the elimination of mailboxes in many of the municipalities where Covirán operates.

Category: Uncategorized
Tags: Bio & Sustainability, Coviran, Retail, retailers, Sustainability
We use cookies on our website to give you the most relevant experience by remembering your preferences and repeat visits. By clicking “Accept All”, you consent to the use of ALL the cookies. However, you may visit "Cookie Settings" to provide a controlled consent.
Cookie SettingsAccept All
Manage consent