Belgian retail group Colruyt reports that it gained market share in 2014/15 despite tough competition. In Belgium, where the retailer competes with the hard discounters Aldi and Lidl as well […]
Thu 15/10/2015 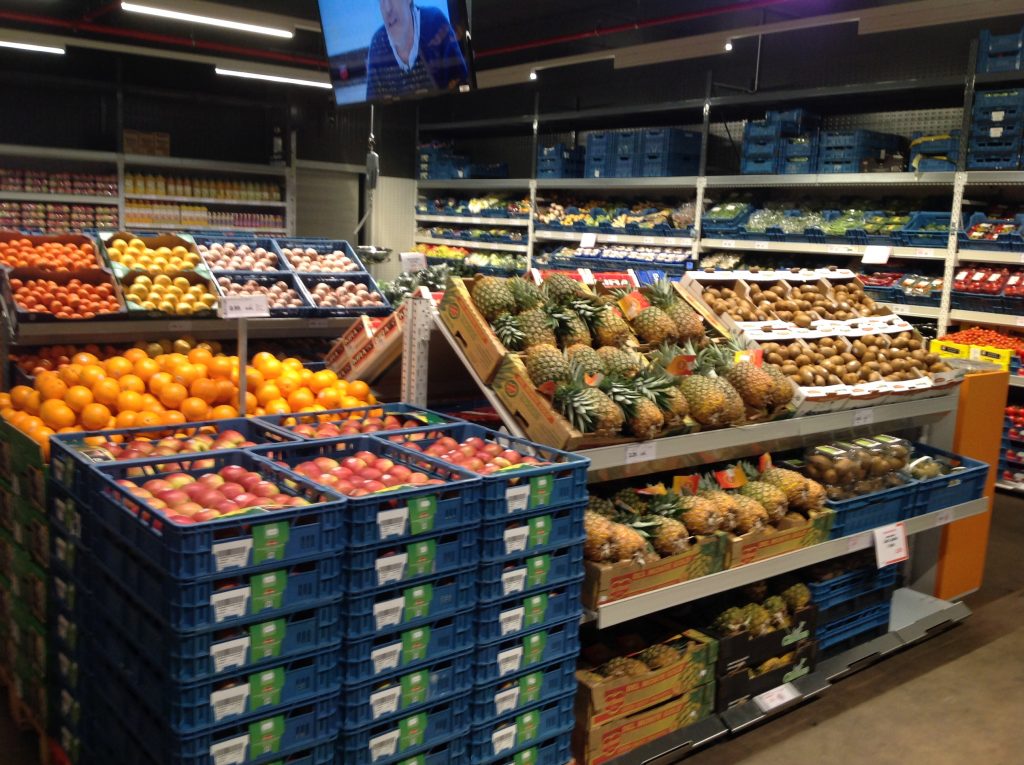 Belgian retail group Colruyt reports that it gained market share in 2014/15 despite tough competition. In Belgium, where the retailer competes with the hard discounters Aldi and Lidl as well as Carrefour and Delhaize, it says its market share rose to 31% based on revenue from its store concepts Colruyt Lowest Prices, Spar and OKay. (The group is to focus its expansion efforts even more on OKay, its proximity store concept.)

Colruyt Group also managed to keep its operating margins stable in 2014/2015, with a gross margin of 24.9% of revenue and EBIT margin of 5.6% of revenue. In what it described in its 2014/15 annual report as a “challenging market environment”, its reported revenue grew 3.1% to €8.9 billion. “Due to the pressure on the sales prices, the volume growth was not fully reflected in revenue growth. Price pressure was brought about by price deflation, competition and the consumer trend towards cheaper products,” it said. The group’s net profit was weighed down to €331 million after recording a fine of €31.6 million imposed by the Belgian Competition Authority.

“Our stores and wholesale activities in Belgium, France and Luxembourg continue to operate in an environment with fierce price competition and low consumer confidence,” Colruyt said in the report. One of its strategies in light of this is ‘Simplicity in Retail’. “Offering simplicity means, for example, helping consumers to make healthy and sustainable choices. This is why we continue to work on the quality and nutritional value of our own brand products, and on a more sustainable range of fish products and better working conditions at our suppliers and partners in risk countries,” it said.

“In order to be able to offer simplicity, we are also focusing on innovation. This is why we are targeting retail solutions in the e-commerce market and why we are the first Belgian distributor to make mobile payments possible in all of our web shops and stores. We are also pleased with the federal government’s plans to amend the laws governing e-commerce so that we can become a bit more competitive in relation to our neighbouring countries.”

Among other highlights in the report, Colruyt said its wholesale division, Retail Partners Colruyt Group (including Spar and Alvo stores, independent Mini Markets and independent storekeepers), finalised its relocation to a new head office in Mechelen (in Antwerp province) at the end of October 2014. Two automations were also implemented in the high-tech distribution centre also located there, one in the empty goods section and another in the collection circuit for vegetables and fruit. The offices and the distribution centre have a combined surface area of 62,100 m2.

Support for Belgian pears and apples

A large-scale campaign was started at the end of August 2014 to promote the sale of Belgian pears. The Belgian pear growers had a surplus of pears due to the Russian import ban on European agricultural products. The group purchased 160 tons of pears of Belgian growers at the fruit auction. Around 550 stores of Colruyt, OKay and Spar offered the pears to their customers.

Similarly, Colruyt and OKay supported Belgian growers of Jonagold apples with a short-term campaign at the start of November last year. “Due to the abundant harvest and export problems with Russia, the Belgian apple growers were faced with a surplus. Colruyt and OKay offered pure pressed apple juice made from 100% Belgian Jonagold apples. The apple juice was sold under the own brand Boni Selection. Each store was supplied with around 500 bottles, which amounted to a total of 165.000 bottles,” according to the group’s 2014/2015 annual report.

Sales of lemons were up 25%, oranges 12% and grapefruit 6.5% in volume for the first six months of this year, compared to the same period last year according to Colruyt’s product promotion manager Tony De Bock. “In citrus fruit we sell oranges, clementine, grapefruit and lemons,” he said. Over the course of the year, Colruyt offers lemons from Spain and South Africa, and oranges from the following countries: Spain (for eating and juicing), South Africa (for eating and juicing), Italy (“blood” oranges), Morocco (for juicing) and Egypt (for juicing). Clementines are sourced from Spain, Cyprus (mandora), South Africa (the Orri Club has been introduced) and grapefruit comes from the US and South Africa.

Rise in sales of iceberg and multi-colour lettuce

In terms of lettuce sales, De Bock said the sales volume from January to June was up 3.5%, compared to the same period last year, with 75% of the lettuce grown in Belgium. “We import from Spain and Holland, but that is mainly the iceberg lettuce. We see the most positive evolution in iceberg and multi-colour lettuce,” he said.

Category: Uncategorized
Tags: Belgium, Colruyt, Colruyt Group, food service, JB, Retail
We use cookies on our website to give you the most relevant experience by remembering your preferences and repeat visits. By clicking “Accept All”, you consent to the use of ALL the cookies. However, you may visit "Cookie Settings" to provide a controlled consent.
Cookie SettingsAccept All
Manage consent