© Cibus   Following responses to two surveys, one among exhibiting companies and the other among Italian and foreign buyers, Fiere di Parma and Federalimentare have set the dates for […]
Thu 08/04/2021 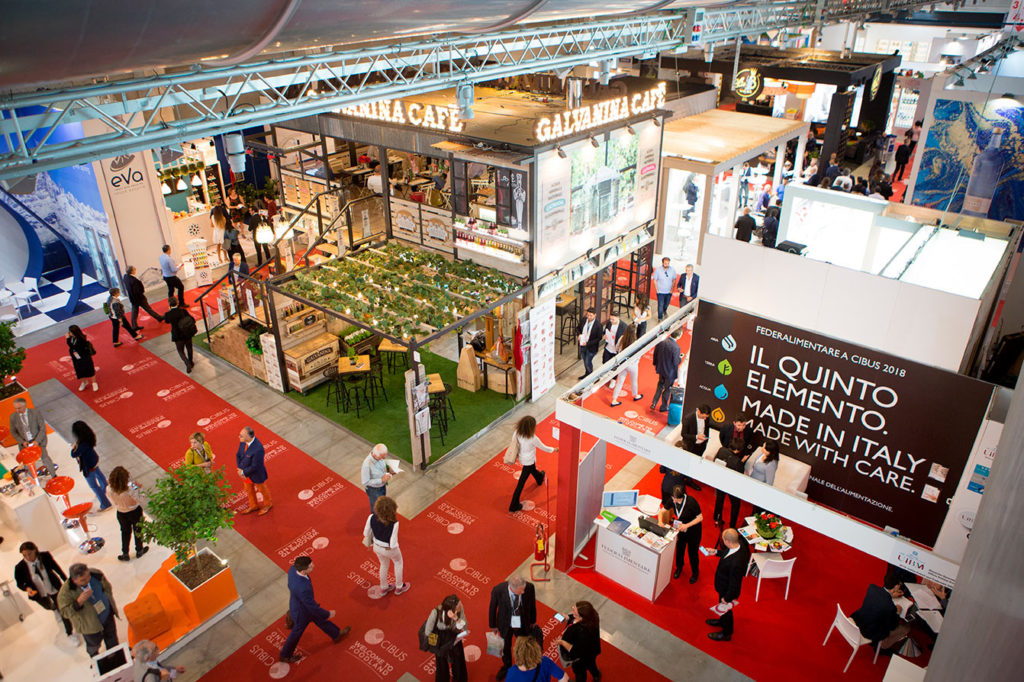 Following responses to two surveys, one among exhibiting companies and the other among Italian and foreign buyers, Fiere di Parma and Federalimentare have set the dates for Cibus 2021: the first week of September, from Tuesday 31 August to Friday 3 September. An evaluation of the vaccination process in Italy and the organisation of air corridors for foreign buyers also contributed to the decision.

It is hoped that the 20th edition of Cibus 2021, the International Food Exhibition, will be the fair to restart the Italian agri-food industry, the first showcase of the year for national food & beverage. The new products that will drive the recovery of domestic consumption and international exports will be exhibited, in all product categories: from cured meats to cheeses, from pasta to tomatoes, from oil to baked goods, from beverages to grocery, from frozen foods to products clubs, and more.

The reopening of Cibus (the 2020 edition was cancelled due to the pandemic) coincides with a resumption of agri-food exports: Istat data, processed by Federalimentare, already report a decent performance in 2020 (+0.1 % in the first 10 months of 2020), which should evolve into significant growth in the first half of 2021. A figure that bodes well for a large influx of international buyers, so much so that a record budget has been allocated to favour incoming (travel and permanence of foreign buyers).

About 3,000 Italian exhibiting companies are expected at Cibus 2021, and all the players in the agri-food chain will be present. The fair will therefore represent an opportunity to analyse the great changes accelerated by the pandemic, both in terms of production and consumption. The conferences will be organised in a single and coherent framework, called “Cibus Forum”, also to underline the continuity with what was elaborated in the last Cibus Forum in September 2020.

Category: Uncategorized
Tags: Cibus, Cibus 2021, event, Fair, food, Italy, Parma
We use cookies on our website to give you the most relevant experience by remembering your preferences and repeat visits. By clicking “Accept All”, you consent to the use of ALL the cookies. However, you may visit "Cookie Settings" to provide a controlled consent.
Cookie SettingsAccept All
Manage consent