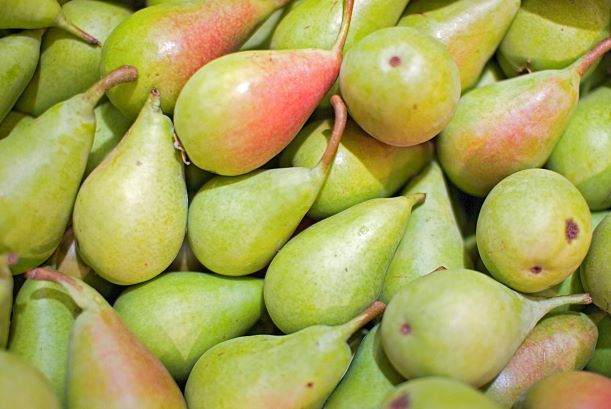 The world’s pear output in the 2019/20 campaign is projected to rise 12% to 23.0 million as rebounding output in China more than offsets weather-induced losses in the EU, according to data published by the USDA/FAS. The increased supply is expected to boost exports. China’s production is estimated to jump 21% to 17 million tons, indicating a full recovery from last year’s severely weather-ravaged season. Revived supplies are projected to drive exports up nearly 60% to 580,000 tons on elevated shipments in the first half of the marketing year, particularly to Thailand and Malaysia. Imports are predicted to remain stable at 11,000 tons.

EU production is estimated down 15% to 2.2 million due to fruit damage. Brown marmorated stinkbugs impacted production in top grower Italy, while many Member States suffered weather-related losses. Exports are expected to shrink slightly to 295,000 tons as reduced supplies are directed towards overseas markets and fresh consumption, while processing will plunge by over 50% to 250,000 tons.

Russia’s production is forecast to rise slightly to 245,000 tons due to higher-yielding non-commercial or house-hold orchards, which account for over 90% of domestic production. Imports are expected to continue their decline, falling 30% to 190,000 tons, as losses from Belarus and China more than offset improved shipments from Argentina, South Africa, and Turkey. This will make Russia no longer the world’s top pear importer, slipping behind Indonesia. 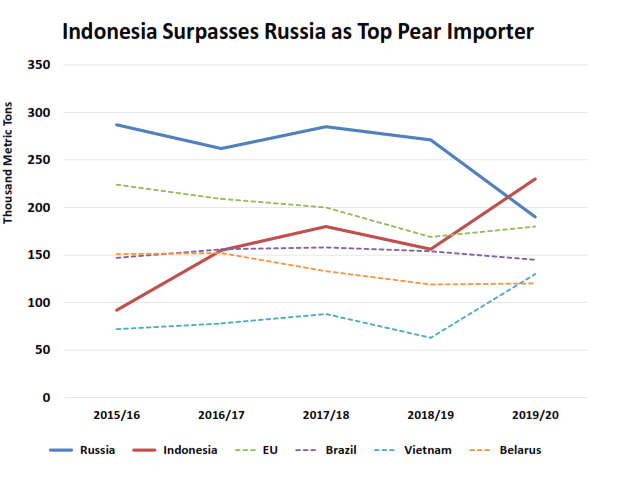 Category: Uncategorized
Tags: 2019/2020, China, EU production, pears
We use cookies on our website to give you the most relevant experience by remembering your preferences and repeat visits. By clicking “Accept All”, you consent to the use of ALL the cookies. However, you may visit "Cookie Settings" to provide a controlled consent.
Cookie SettingsAccept All
Manage consent