Mother Nature has smiled on Chile lately, with weather favouring increases in its apple, table grape and pear crops for next year, according to new forecasts from the USDA. […]
Wed 26/11/2014 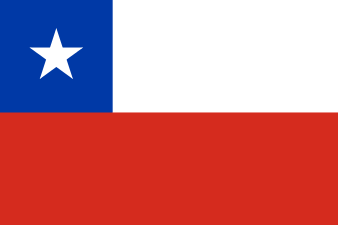 Mother Nature has smiled on Chile lately, with weather favouring increases in its apple, table grape and pear crops for next year, according to new forecasts from the USDA. Table grape and pear production are set to climb 14.2% and 8.6% respectively, it said in its report, “Chile: Fresh Deciduous Fruit Annual”.

Stable weather conditions in all production areas augurs for a 14.2% increase to about 1.2 million tons of table grapes for Chile’s 2015 marketing season, starting in January, the USDA reported.

Table grape export volumes are expected to rise 14.6% on last year thanks to both the higher production and more consignment shipments of table grapes. The US is Chile’s main foreign market for table grapes, taking more than 40% of exports, with the EU the next biggest.

More than 36 varieties of table grapes are grown for export in Chile but Thompson Seedless and Flame Seedless account for the bulk of production.

Producers are forecasting a harvest of about 1.4 million tons – about three quarters of them red apples – for the coming production season (January–December 2015). Higher than usual temperatures in spring are not expected to reduce the quality or volume of the crop.

The USDA said Chilean apple growers have been increasing orchard density and replacing traditional varieties, such as Red Delicious and its variations, with new, more productive varieties, such as Fuji, Gala, Jonathan, Braeburn, Pink Lady and Galaxies.

“As a result we expect that output will expand under normal weather conditions in the coming years,” it said. The US continues to be Chile’s strongest export market for apples.

The USDA said it was still too early for a good estimate of pear volumes but noted the weather had been “good for fruit fresh fruit in general.” The most recent winter provided enough chill hours for good budding and thus an 8.6% increase on last year’s production is expected for the 2015 marketing season, which would mean about 290,000 tons

Packam’s Triumph and Beurre Bosc comprise more than 60% of Chile’s exports, which are expected to increase by 9% on 2014, in line with the higher output. Nearly half Chile’s pear exports go to the EU, the USDA said.

Category: Uncategorized
Tags: apples, Chile, pears, table grapes
We use cookies on our website to give you the most relevant experience by remembering your preferences and repeat visits. By clicking “Accept All”, you consent to the use of ALL the cookies. However, you may visit "Cookie Settings" to provide a controlled consent.
Cookie SettingsAccept All
Manage consent