Chile’s most exported product worldwide will be table grapes, followed by apples, whilst there were strong increases in the exports of cherries and blueberries. Last season 2013-2014, the central valleys […]
Thu 16/04/2015 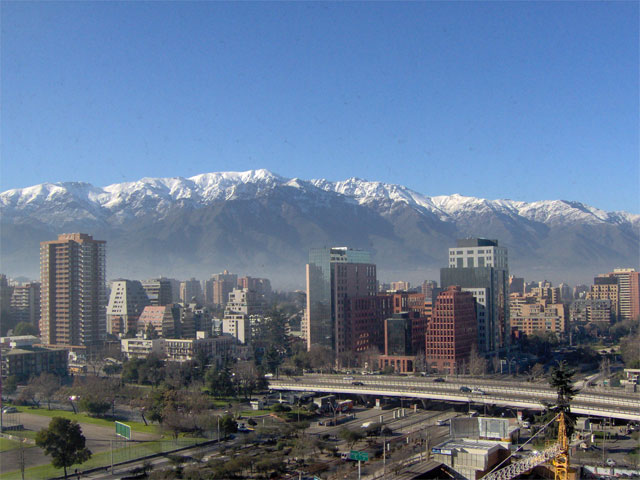 Chile’s most exported product worldwide will be table grapes, followed by apples, whilst there were strong increases in the exports of cherries and blueberries.

Last season 2013-2014, the central valleys of Chile suffered the worst frosts in the last 50 years, causing a significant decrease of around 11% in the country’s exports worldwide. The most affected products were kiwifruit (-48,5%); table grape (-15,1%)and blueberries (-14,5%), generating a loss of US$540 millions in export revenues. The port strikes, on the other hand, affected the flow of fruits and the distribution to external markets, plus effects on Chile’s image as a supplier. But, things are looking brighter this period for Chilean fruit exporters and growers.

Optimism for the coming season

Fruits from Chile expects optimal conditions for Chilean fruit export and harvest a positive increase for 2014- 2015. Authorities of the Chilean Fruit Exporters Association (ASOEX), the Chilean Fruit Growers Federation (Fedefruta) and industry related committees, informed that Chile’s most exported product worldwide will be table grapes, followed by apples, whilst there were strong increases in the exports of cherries and blueberries. The difficulties of last season are overcome. In fact new markets are being prospected, existing markets strengthened and the climatic condition of this season are promising. Due to improved technologies, the introduction of more productive varieties, the high exchange rate and the considerable commitment of the industry´s workforce, Chile stands as the Southern Hemisphere’s largest shipper of fruit products. In addition, Chile benefits from particularly fertile soil, the sequential and contrasting seasonal harvests and its natural borders that protect the country from all kinds of pests and diseases. Furthermore Chile is according to the Global Food Security Index 2014 the leading country in Latin America when it comes to the quality of food produced.

Despite the devaluation of the ruble in Russia and the ban on imports from EU Member States and a higher Stocks of apples in Europe and the US, that may affect the Chilean Season, chileans have a good view of the near future. Carlos Cruzat, of Chilean Kiwi committee says: “We expect a recovery of the quantity for kiwi exports in the actual season. We are committed to undertaking a diverse range of programs to strengthen the position of Chilean kiwifruit in the international market place. We are focused on implementing and promoting the ripening of our fruits to be distributed ‘ready to eat’”. In regards to the other chilean fruits, in general, there is a positive perspective. An estimated export volumen of 800,000 tons of apples and 138,000 tons of pears is expected for this season 2015-16. Which, in the case of apples, is similar to the volumes exported last season, whilst for pears there is an expected 19% increase in volumen in regards to last season. At the end of the past export season of fresh chilean cherries, more than 100,000 tons would have been exported, with an increase of 45% in exports in comparison to the previous season, despite initial challenges caused by rainfall during the spring period. About 75% of the cherry harvest is shipped to Asia. Future forecasts predict that by 2016-17, cherries export volumes could surpass the 120.000 tones. Chilean blueberries are expecting to grow about 15% more in comparison to the last season 2013/14, and both main market, UE and Asian, growing in demand. Chilean citrus are maintaining a good quality and growing on exports with 67% exported to USA, 14% to Asia and 6% to Europe. The aim is to increase the citrus exports to the UE.

From page 12 of edition 137 of Eurofresh Distribution magazine

Photo from the modern Santiago de Chile with the Andes Mountains as a background by Patrick Coe, Richmond, USA [CC BY 2.0 (http://creativecommons.org/licenses/by/2.0)], via Wikimedia Commons

Category: Uncategorized
Tag: Chile
We use cookies on our website to give you the most relevant experience by remembering your preferences and repeat visits. By clicking “Accept All”, you consent to the use of ALL the cookies. However, you may visit "Cookie Settings" to provide a controlled consent.
Cookie SettingsAccept All
Manage consent