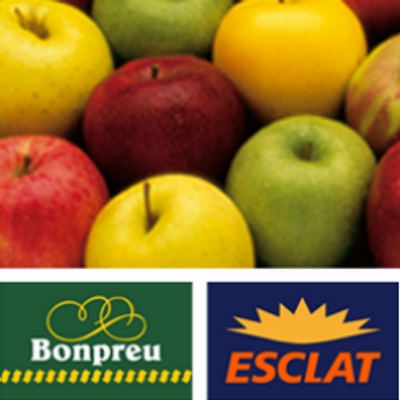 Catalonia-based retail group Bon Preu is set to end the fiscal year (February 28) with turnover of around €990 million, up 11.4% on the previous year, and aims for €1.1 billion the following one, according to its president Joan Font.

Since its origin in 1974, the group has grown to now span about 5,000 workers and about 200 outlets, under the banners Bonpreu (supermarkets), Esclat (hypermarkets), EsclatOil (petrol stations) and iquodrive (e-commerce), Font said at an executive breakfast in Barcelona on November 12.

Discussing the strengths of the group, which has its headquarters in Osona, he said one is its heavy focus on fresh produce. “We have to work on and promote this even more,” he said. “We have the best fresh produce sections and believe in its future.”

However, Font made the point that while in other countries fresh cut fruit is eaten in the street, that is not the case in the local market where the concept is not understood.

Esclat hypermarket opened in Terrassa in September, 2015, at which point Bon Preu had 118 supermarkets, 44 hypermarkets, 36 gas stations and 5 minimarkets.

From among the three supermarket categories of discounters, specialists and generalists, he said Bon Preu is a generalist. But given the industry trend of segmentation in demand, the group’s banners are increasingly focused on very specific segments. “We can’t claim to be the best at everything,” Font said, adding that customers are multichannel and multiformat and that can’t be expected to change.

According to the newspaper La Vanguardia, Font also signalled that looking ahead to 2016, the group plans to open 10-12 new stores and would not rule out locations beyond Catalonia, though such a move would be given careful thought.

Category: Uncategorized
Tags: Bon Preu, Bonpreu, Catalan supermarkets, Esclat, JB, Joan Font, Retail, supermarkets
We use cookies on our website to give you the most relevant experience by remembering your preferences and repeat visits. By clicking “Accept All”, you consent to the use of ALL the cookies. However, you may visit "Cookie Settings" to provide a controlled consent.
Cookie SettingsAccept All
Manage consent