The EU must do more to help fruit and vegetable farmers joining forces in so-called producer organisations to increase their competitiveness and bargaining power in the food supply chain, the […]
Wed 06/05/2015 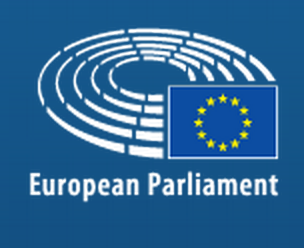 The EU must do more to help fruit and vegetable farmers joining forces in so-called producer organisations to increase their competitiveness and bargaining power in the food supply chain, the Euroepan Parliament’s Agriculture committee said in a draft non-legislative resolution adopted on Tuesday.

“Producer organisations must continue to be the cornerstone of the EU’s agricultural policy. The report that we adopted today stands for the encouragement of growers to organize themselves in an organisation which can enhance their bargaining power, better position them in the food chain and thus improve their incomes”, said Nuno Melo (EPP, PT), Parliament’s rapporteur.

The 2007 reform aimed to strengthen the position of fruit and vegetables farmers in the food supply chain and some progress has been achieved since then but the degree of organisation among producers remains low on average and considerably below the EU average in certain Member States, the MEPs said.

They also stressed the need for more support to producer organisations to provide stronger incentives to merge existing organisations or create new ones.

Farmers’ organisations that decide to take young members should be eligible for special benefits, the MEPs also said, noting currently only 7.5% of EU farmers are under 35 years of age but “well-functioning producer organisations could reverse this unsustainable trend.”

Category: Uncategorized
Tags: Agri committee, EU, Producer organisations
We use cookies on our website to give you the most relevant experience by remembering your preferences and repeat visits. By clicking “Accept All”, you consent to the use of ALL the cookies. However, you may visit "Cookie Settings" to provide a controlled consent.
Cookie SettingsAccept All
Manage consent