Farmers in northern Italy are said to be worried about the proliferation of the brown marmorated stink bug (Halyomorpha halys). The crops most at risk are apples, pears, kiwi fruit, […]
Mon 30/01/2017 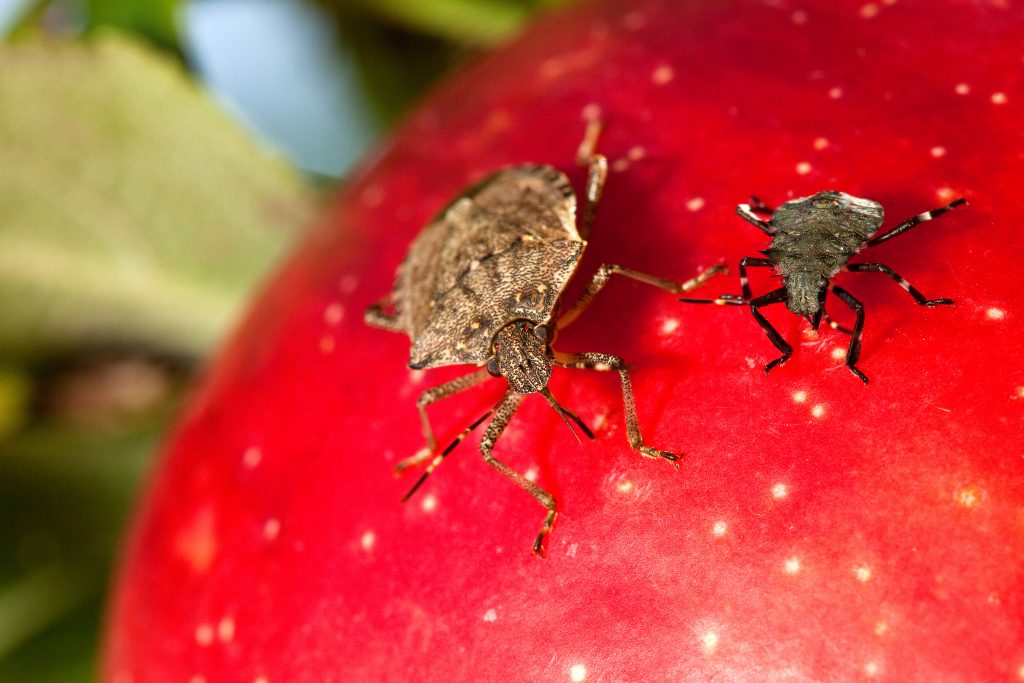 Farmers in northern Italy are said to be worried about the proliferation of the brown marmorated stink bug (Halyomorpha halys).

The crops most at risk are apples, pears, kiwi fruit, grapes, soya beans and maize, according to Mara Bizzotto, an Italian Member of the European Parliament.

In a question for written answer in the Parliament, Bizzotto called for urgent action by the European Commission.

She said higher than average autumn temperatures favoured the proliferation of the insect, native to Asia, in regions in northern Italy.

“It was Coldiretti that sounded the alarm concerning the dangers posed by the brown marmorated stink bug, forecasting enormous damage to farming in northern Italy, and especially in Veneto and Friuli-Venezia Giulia.”

“The brown marmorated stink bug does not have any natural predators in Italy and for health reasons, none can be imported from eastern Asia.

“The proliferation of various new insect species in Italy and the EU is an ongoing issue at present that the EU institutions need to tackle urgently, in order to protect farming from damage that, according to Coldiretti, could total more than one billion euros in Italy,” she said. In his reply dated January 26, Agriculture and Rural Development Commissioner listed measures that Italian authorities could take, including the granting of support by the Italian Regional Rural Development Programmes for investments in preventive actions, and the granting state aids as compensation for income losses.

In answer to a separate question about the same pest, Hogan said in December the Commission was not aware “of the spreading of the brown marmorated stink bug and consequent damages to Italian agriculture.

“At the moment, no official requests have been received from the Italian Authorities. The pest is present in a number of Member States and it is not regulated as a quarantine pest in the EU,” he said at the time.

Category: Uncategorized
Tags: brown marmorated stink bug, Halyomorpha halys, Mara Bizzotto, pests, Veneto
We use cookies on our website to give you the most relevant experience by remembering your preferences and repeat visits. By clicking “Accept All”, you consent to the use of ALL the cookies. However, you may visit "Cookie Settings" to provide a controlled consent.
Cookie SettingsAccept All
Manage consent