The International food fair IndusFood, organized by Trade Promotion Council of India (TPCI) and the Ministry of trade and food industry of India and supported by the country’s government, took […]
Wed 30/01/2019 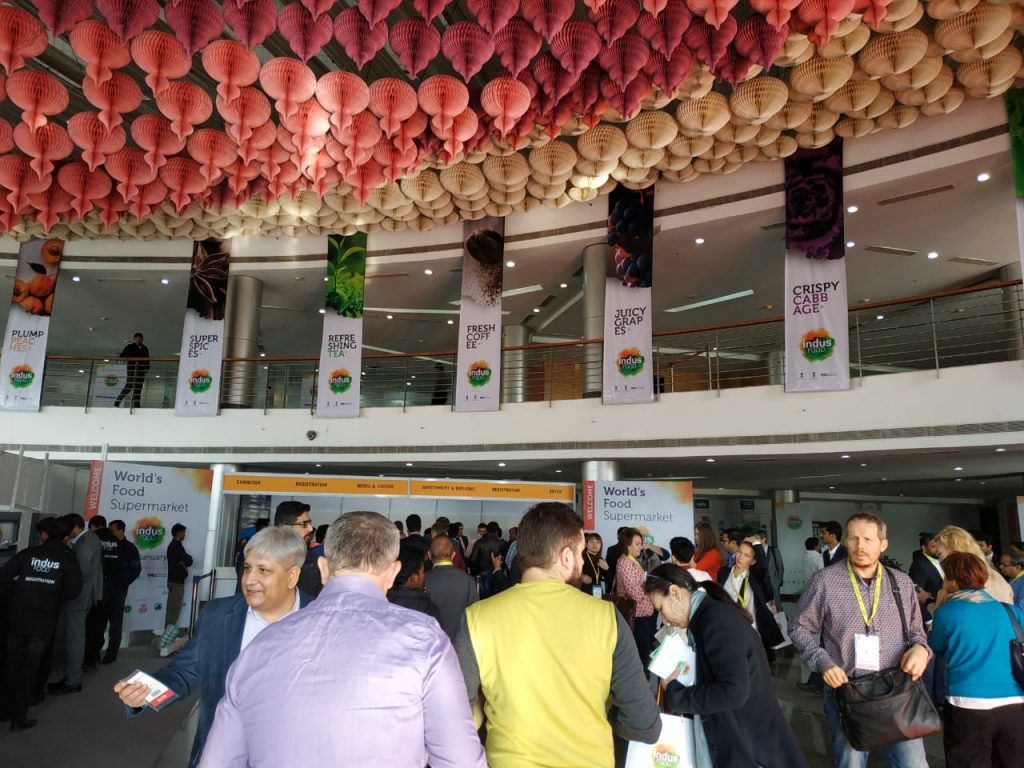 The International food fair IndusFood, organized by Trade Promotion Council of India (TPCI) and the Ministry of trade and food industry of India and supported by the country’s government, took place last January in Delhi. It was the second edition of Indusfood, and the number of visitors and countries- participants almost doubled. More than 500 food producers of India and some 800 buyers – representatives of wholesale, retail and catering companies and state organisations of 80 countries participated in the Fair. During B2B meetings, round tables and conferences, Indian food producers and buyers from Asia, the Middle East, Europe, the USA and Russia discussed business opportunities and existing barriers in respect of customs, duties, documentation, etc.

One of the focuses of Indusfood project are ecological products, informed Mohit Singla, President of TPCI. India is the largest agricultural organic producer in the world. The government has removed all the limitations concerning the export of organic products; small and medium producers will get the support for finding new partners – importers, and Indusfood also provides such opportunity.

At present, 60% of local population is engaged in agricultural sector, but merely 10% of food products are consumed or processed, due to deplorable situation with cold storages and logistics. Indian government has set an ambitious plan for solving these challenges, declared Kharsimrat Kaur Badal, the Minister of food industry, at Indusfood opening ceremony. We intend to connect our producers with foreign distributors, to stimulate the construction of modern processing factories, to improve logistic inside the country and abroad, she said. Indian government will buy food products directly from farmers, construct distribution centers and cold storages, organise deliveries to foreign importers. During last 10 years, the government allocated some $1 billion to domestic food manufacturers. Thanks to new policy, India aims to double its export of agricultural products up to $60-70 billion by 2022. It is remarkable that domestic food retail sector is the 6th in the world in terms of value.

Category: Uncategorized
Tags: Fair, India, Indusfood
We use cookies on our website to give you the most relevant experience by remembering your preferences and repeat visits. By clicking “Accept All”, you consent to the use of ALL the cookies. However, you may visit "Cookie Settings" to provide a controlled consent.
Cookie SettingsAccept All
Manage consent