BelOrta – Belgium’s biggest and one of Europe’s top co-operative auctions for fresh fruit and vegetables – sees a promising future for the auction model. Operating simultaneously six days a […]
Sun 31/05/2015 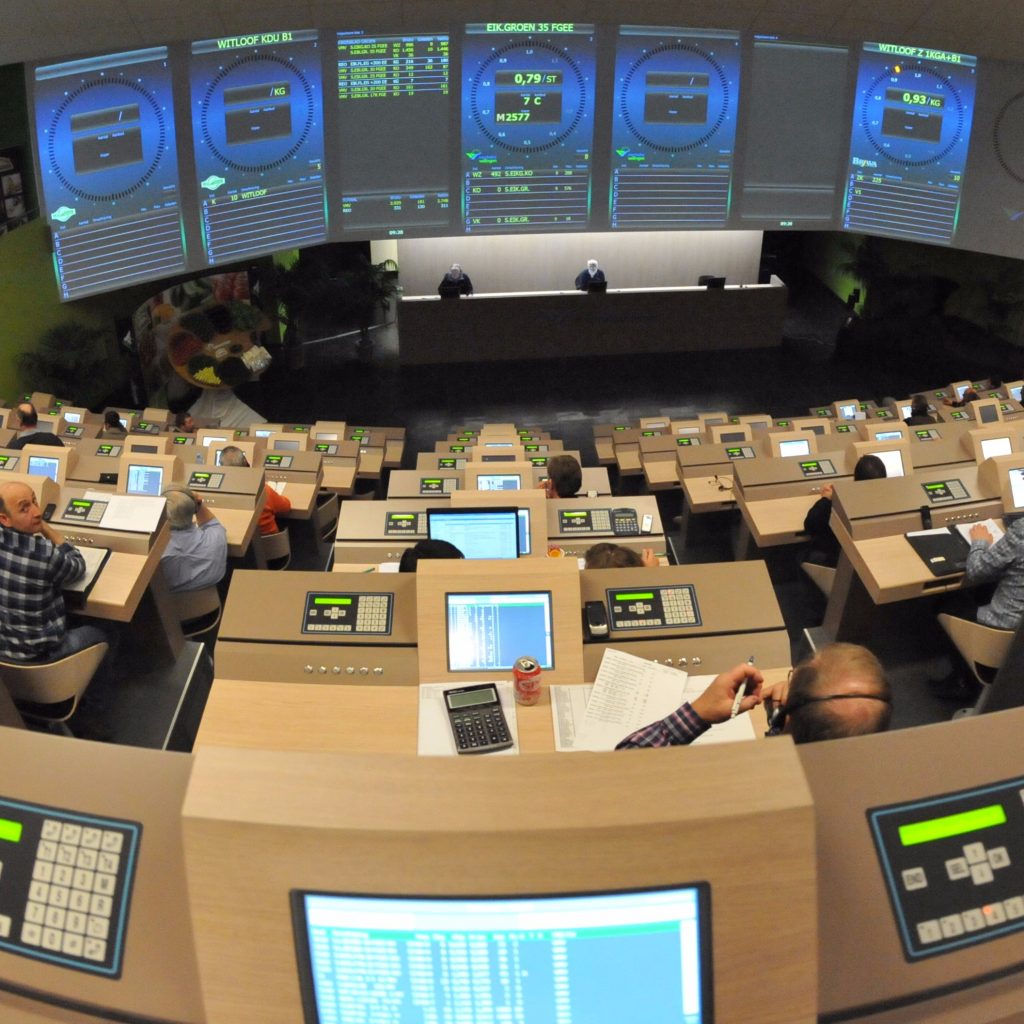 BelOrta – Belgium’s biggest and one of Europe’s top co-operative auctions for fresh fruit and vegetables – sees a promising future for the auction model.

“Belorta strongly believes in the future of the auction model,” he told ED. “For most of our products…it’s the best and most transparent platform where the demand meets the production.”

“With it we reach more than 400 customers every day, something you could never do with any other system. You can’t make 400 phone calls to sell one box. We strongly believe this model will last,” Lambrecht said.

Auction also offers the best way of handling the wide variety of qualities and calibres of different products from BelOrta’s 1,350 fruit and vegetable growers, offering more than 120 vegetables varieties and 30 fruit varieties. For all those different qualities, sizes and calibers, a customer can be found, Lambrecht said.

Another plus is that it is very protective of the coop’s producers, getting them the best possible prices in good times and giving them protection in bad ones.

“There are so many customers every day who have access to their products very easily…this creates a certain unpredictability, a certain tension in this daily fresh market which is in favour of a better pricing. It always make a difference, sometimes by just a small amount, but it does make a difference,” he said.

BelOrta has 358 employees and growers are its shareholders. Last year it logged consolidated profit of €1.4 million after trading more than 550 million units of fresh fruit and vegetables and expects to reach about 600 million units this year.

This year, BelOrta’s top-selling products in value are so far tomatoes, cucumbers and Belgian endives. Cucumbers have seen an important rise, due to an increased production area in 2015, Lambrecht noted.

More than 50 types of specialty tomatoes

Lambrecht said BelOrta sees a lot of interest in innovation. As one example, in the last two years it has gone from selling 35 to 54 types of specialty tomatoes.

Other recent innovations have included the introduction of a new lettuce, the ice cos, which is a cross between an iceberg and cos romaine, plus sales of the broccoli hybrid Bimi, flower sprouts, a new packaging-concept for ready-to-eat pears and new types of berries – last year BelOrta had the Japanese honeyberry.

Success of new ‘week ahead’ sales

Last year, BelOrta launched what it refers to as long term sales – selling on the clock today for production and delivery next week – a service used by Europe’s big retailers and service providers.

Lambrecht said previously these long term sales took place by phone and with set prices. The new system uses more dynamic price information and not only helps get more produce into the market, it obtains the best possible price in that market.

Nearly 40% of all Belgian horticultural produce is traded via the BelOrta auction. Its headquarters are in Sint-Katelijne-Waver but it also has operational sites in Borgloon, Zellik & Kampenhout (close to Brussels).

The BelOrta auction attracts three types of customers: those on-site in the clock room, those who are in other auctions where they can simultaneously follow the BelOrta clock and other auctions in Belgium, and customers who buy online via BelOrta’s cloud-based system.

Category: Uncategorized
Tags: auction, Belgium, BelOrta
We use cookies on our website to give you the most relevant experience by remembering your preferences and repeat visits. By clicking “Accept All”, you consent to the use of ALL the cookies. However, you may visit "Cookie Settings" to provide a controlled consent.
Cookie SettingsAccept All
Manage consent