Between January and October 2017, China imported more fresh fruits compared with the same period last year, in both quantity and value terms. Export volumes were similar to last year’s. […]
Wed 03/01/2018 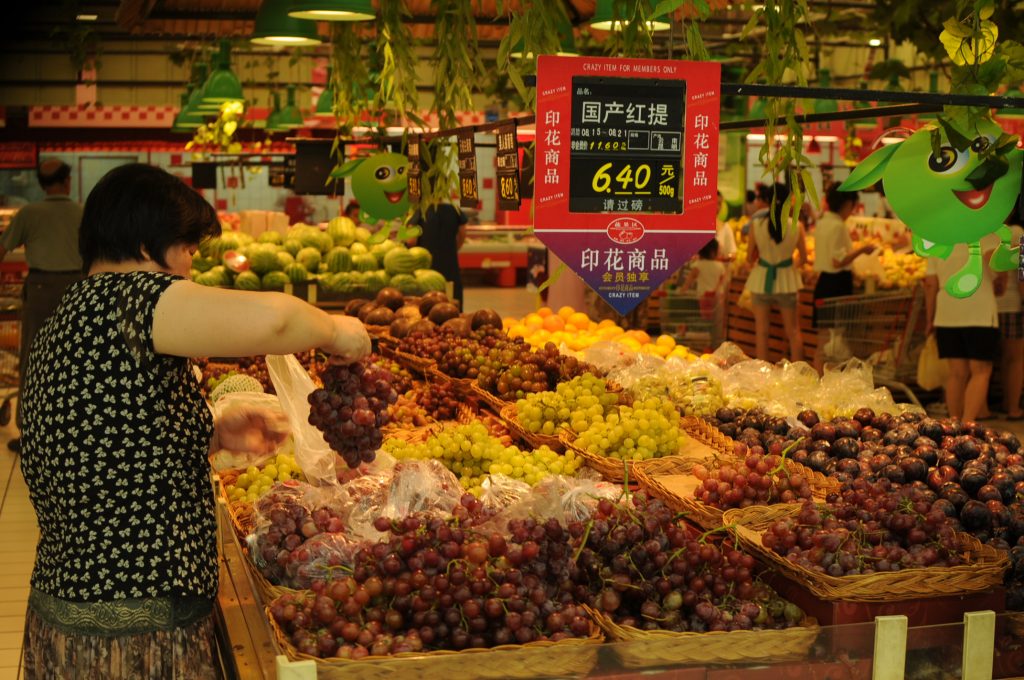 Between January and October 2017, China imported more fresh fruits compared with the same period last year, in both quantity and value terms. Export volumes were similar to last year’s. This is the finding of the Foodstuffs branch of China’s Chamber of Commerce. In the first 10 months of the year, China imported around 3.7 million tons of fresh fruit, worth approximately US$4.7 billion – up 10% and 4% compared with the same period last year.

In terms of value, the top three import products were table grapes, cherries and durian. A total of 222,000 tons of table grapes were imported, worth US$550 million, representing a fall of 8% from last year. As for cherries, 78,000 tons (US$550 million) were imported, marking a 1% rise in both volume and value. Imports of durian slumped by 23% to 215,000 tons ($530 million). It is expected that cherries will become the number-one imported fruit in China in 2017 considering the surge in imports from Chile.

As for China’s fresh fruit exports, the volume was the same as last year – around 2.6 billion tons – but, at US$3.5 billion, exports were worth 6% less than a year ago. The top three export products in terms of value were: apples, table grapes and pears. Between January and October this year, US$1.1 billion of apples were exported (-1%), or around 1 million tons (+4%). The value of exports of table grapes was US$540 million (-4%), while total volume remained the same. Pears performed very well, with export volumes reaching 412,000 tons and a value of US$430 million – up 15% and 11% respectively. The strong growth in pear exports is due to improvements in quality to satisfy the requirements of foreign markets. Indeed, China sent its first shipment of pears to South America in November, so the outlook for this sector is very promising.

Category: Uncategorized
Tag: China; Fresh fruit; Imports; Exports; 2017/18
We use cookies on our website to give you the most relevant experience by remembering your preferences and repeat visits. By clicking “Accept All”, you consent to the use of ALL the cookies. However, you may visit "Cookie Settings" to provide a controlled consent.
Cookie SettingsAccept All
Manage consent