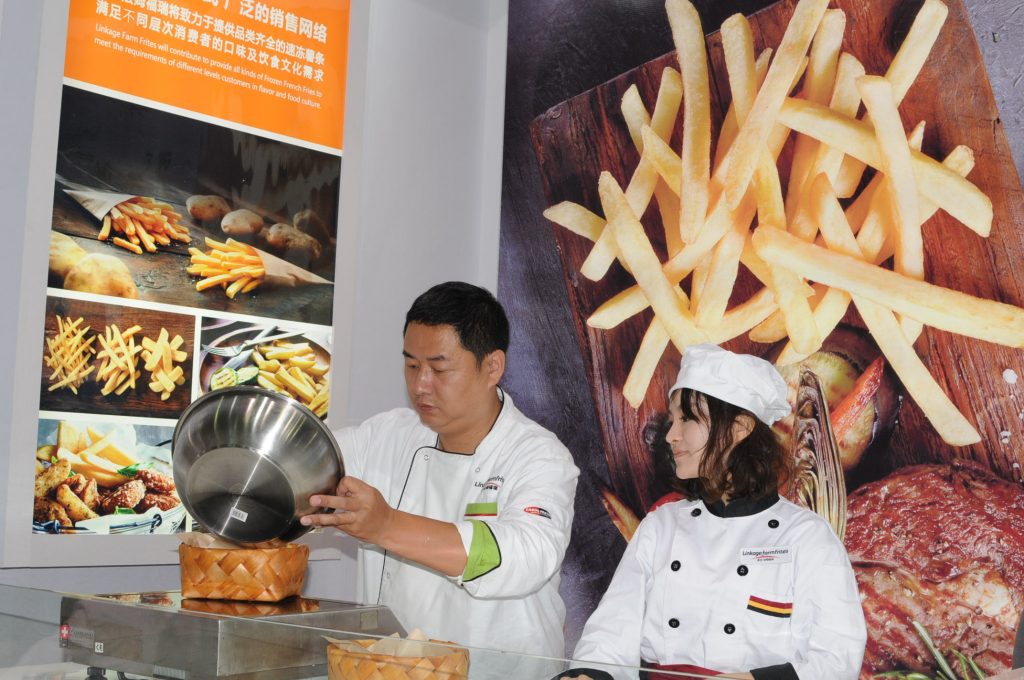 The 20th edition of the FHC China exhibition for imported food and beverages and the 4th edition of ProWine China for wine and spirits ended Wednesday November 9 with reports of significant business conducted by participating companies.

Both exhibitions took place at SNIEC, Shanghai New International Expo Centre, in the Pudong district, and together spanned 2,350 participating companies from 66 countries and regions.

In a press release, Brendan Jennings, general manager of China International Exhibitions Ltd., said the show organiser was delighted with the results. “Not just the increase in exhibitors but also the larger number of buyers that attended from all over the country,” he said.

This annual event represents the largest gathering of imported food and wine suppliers in the country and the exhibitors at both shows confirmed that the amount of business done over the three-day event was better than ever.

“I have run this show for the last 20 years in Shanghai and it is very evident that the quality and professionalism of the buyers attending gets better every year. We put a great deal of effort to ensure the right buyers come to FHC and ProWine China and we have been rewarded this year with record results,” Jennings said.

A total of 72,246 trade visitors attended FHC and ProWine, representing a 9% increase over last year.

About two in every five visitors came from Chinese cities outside of Shanghai and a further 9% from overseas.

Further underlining the event’s international reach was the fact that there were 40 national and regional pavilions this year and that the agriculture ministers from Austria, Canada and Northern Ireland were among the dignitaries at the opening ceremony, while Malaysia’s minister for trade and industry attended on day 2 to support the 35 Malaysian companies exhibiting, the largest ever pavilion of Malaysian companies at FHC.

FHC and ProWine China combines traditional exhibition stands where participants can display product and meet with trade customers, together with numerous seminars, conferences, competitions and training events, all designed to give even more reason to visit the exhibition.

New features this year were Fresh Produce China and Dairy China, representing the fastest growing sectors of the food and beverage economy in China.

The largest event within the exhibition this year was the 18th edition of the FHC Culinary Arts Competition, which attracted a record 1,000 chefs who competed across a total of 23 different product categories.

Chile’s fruit exporters’ association ASOEX participated in FHC China 2016, where it promoting the rich flavors and high quality of Chile’s fresh produce. It also sponsored chefs who used Chilean produce in the FHC Culinary Arts and Pastry and Bakery Competition, to great success.

“This fair (FHC) has proven to be a unique and ideal platform to promote our avocados and blueberries in the HORECA channel in China. The FHC has a massive attendance of representatives of restaurants, chefs, casinos, and hotel purchasing managers, among other key players in the Food Service industry. Our salad with blueberries and our pasta with avocado won first prize in each category,” said Christian Carvajal, Asoex marketing director for Asia and Europe.

Chilean Hass Avocado Committee general manager Juan Enrique Lazo was delighted with the triumph of the pasta dish presented that was made with Chilean Hass avocado sauce.

Cesar Suarez, director of the ProChile’s commercial office in Shanghai, highlighted the joint efforts of the public and private sectors in the successful promotional activities for Chilean fruit in China. He also highlighted the growth of national exports and the importance that Chile had in the Chinese market, where it is seen as a reliable supplier of quality fruit.

Building on the success of companies this year, Fresh Produce China will form a dedicated zone of fruit and vegetable companies located in one hall when FHC returns to Shanghai from 14-16 November in 2017.

Chile, Egypt, Thailand, Taiwan, the US and Spain are the countries which have already registered their interest in dedicated pavilions at Fresh Produce China 2017. Category: Uncategorized
Tags: 2016 events, Brendan Jennings, China, China International Exhibitions Ltd, FHC China, Fresh Produce China, Pudong, Shanghai, Shanghai New International Expo Centre, SNIEC, trade shows
We use cookies on our website to give you the most relevant experience by remembering your preferences and repeat visits. By clicking “Accept All”, you consent to the use of ALL the cookies. However, you may visit "Cookie Settings" to provide a controlled consent.
Cookie SettingsAccept All
Manage consent