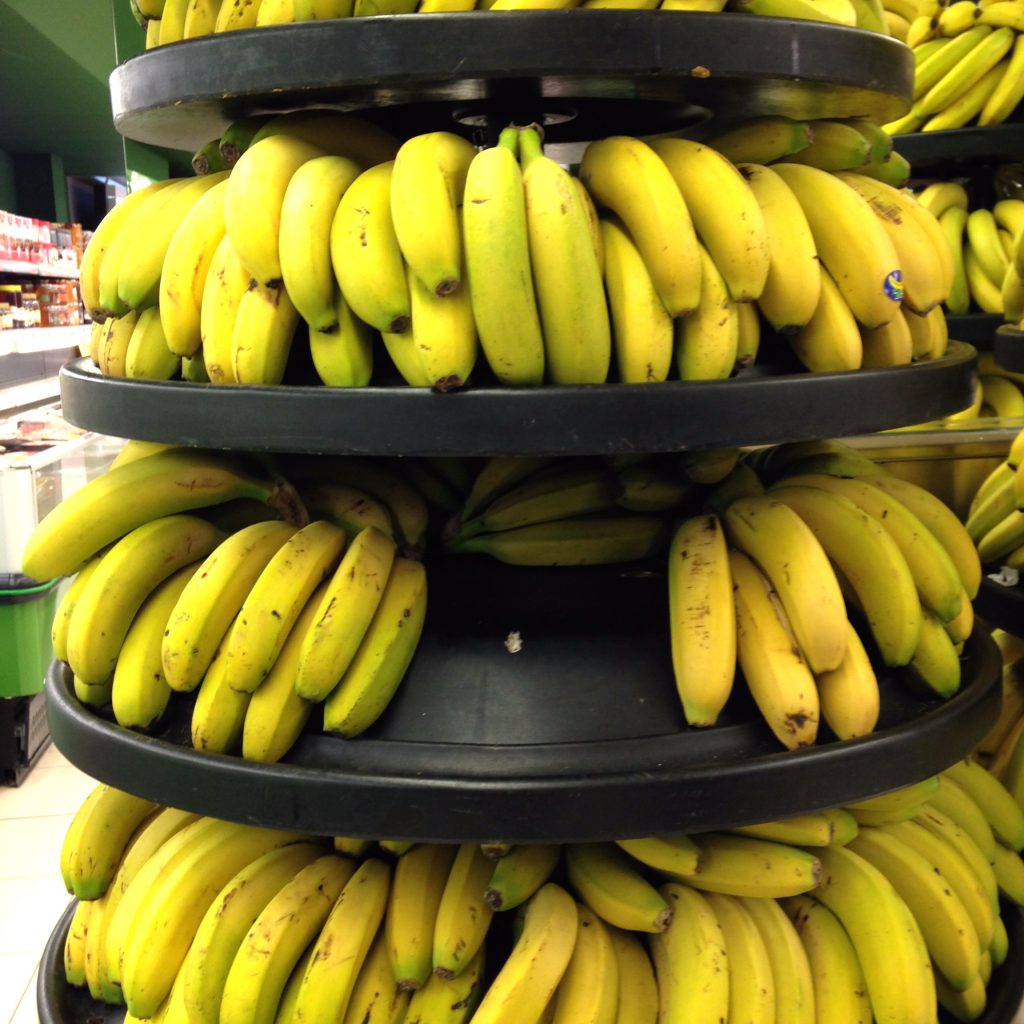 The official European population increased by 0.3% to 506 million and with every European eating about half a kilo more of bananas, the average consumption rose to 11.3 kg per year. Following the official Cost Insurance Freight (CIF) price declared at European borders, local banana prices rose by a cent to €0.73 per kg. ACP bananas increased by 2 cents to reach €0.67, while other sources became 1 cent cheaper to €0.59. The latter can be explained by the lower import duties, a decrease of €2.20 cents per kg, paid by exporters from Colombia, Peru and the six Central American countries, while Ecuador, the only main banana supplying country, had to pay the full duty of €132 per ton.

European production reached record export levels, up by 8% to 655,000 tons representing 12% of all bananas supplied in the EU-28. Canary Island production increased by 1%, whilst exports to the peninsula increased by 14% reaching 334,000 tons. Good news for Madeira as their exports increased by 18% to a total of 18,000 tons to Lisbon. Production increased by 29% to 193,000 tons after Martinique replanted following the recent hurricanes and was sent to Dunkirk where local supermarkets fight for the industry’s most environmentally grown banana. Bad news for banana growers in Crete and Cyprus as they are set to lose the fight against tourism.

ACP banana supplies are stable at 1.08 million tons. Very little difference in volume has been seen in the African and Caribbean banana producing countries. African operators in Cameroon, the Ivory Coast and Ghana, prefer stability in the markets, exporting mainly to France as well as supplying local markets and neighbouring countries. The Dominican Republic has found a good mix of organic, fair trade and conventional fruit to increase their exports to 342,000 tons. Belize bananas, marketed by Fyffes, have shown themselves to be a stayer by producing 100,000 tons. The Surinam plantation, which went for $20 million (€19 million) to the Univeg Group, had some difficulties, as exports went down to 73,000 tons. The smaller Caribbean islands are losing market share on the UK market, although Jamaica is planning its reappearance in 2015 by shipping pre-ripened fruit.

This is an extract from an article which appeared on page 44 of edition 136 of Eurofresh Distribution magazine. Read it and much more online here.