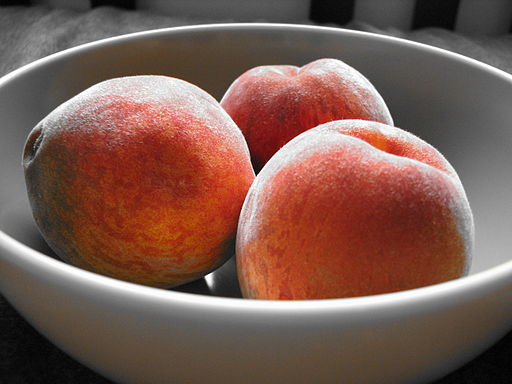 European peach sector operators say they are more optimistic about the 2015 season. 2014 was a record year for quantities but a disaster in terms of price, leaving all the growers a bitter taste in the mouth. The earliness of the crops meant that growing areas overlapped. The record quantities available from the end of April (a total of 1,320,301 tons for the year) and the gloomy weather brought prices tumbling down. All types of peaches suffered the same problems and the Russian embargo only served to exacerbate the imbalance. All in all, 2014 was catastrophic for peaches. Nevertheless, all the crop found a market.

For the first time, Spain should overtake Italy in volume terms. The slight reduction (about 5%) in the Italian surface area, particularly in the North, explains the expected decrease in this country’s crop. In Greece, some early varieties have been damaged by heavy rain and frosts. Even so, because of the new plantings, the harvest should be similar or even larger in clingstone peaches, which account for half the Greek surface area. In France, a succession of crises and the plum pox virus (sharka virus) have led to grubbing up a certain number of orchards. Working together with the PDO peach and nectarine distributors should showcase French peaches, though the crop lags a long way behind the country’s consumption.

The 2015 European apricot forecasts are close to the final figures for 2014. The slight reduction is due to unfavourable weather conditions for certain varieties.

Last year was a generous one for the European Mediterranean countries’ apricot crops, which totalled 529,335 tonnes. They sold quite easily despite noticeable competition from peaches owing to the latter’s abundance and low prices. New apricot orchard planting continues in the north of Italy, with new, later varieties, in Spain at the expense of pip fruit, in the Roussillon in France and in certain new areas in Greece. Even so, the 2015 crop is expected to be slightly lower than in 2014, with 528,340 tonnes forecast.

Fruit set is very variable depending on the region and variety. In Italy, the varieties that are not self-fertile, largely found in the North, will be yielding less this year. There will be a lack of French Orangereds owing to alternate bearing, but other varieties should make up the shortfall.  Larger sizes could compensate for the smaller numbers. Abundant rain or periods of cold have caused 80% flower drop in Macedonia, where the crop is estimated at 8000 tons this year compared to 26,000 tonnes last year. The rainy spring of 2015 will delay the harvest compared to 2014, bringing a return to a normal calendar. The lack of cold during the winter could still have knock-on effects on the behaviour of certain varieties.

Italy, the biggest producer, which grows 40% of Europe’s apricots, will not reach its full crop potential as it did in 2014. France is moving in the direction of a normal year and the challenge will be for the regions to help the market by not clashing with each other. The quality seems to be up to the mark in Spain, where the plentiful rain has encouraged growth. The crop should be slightly bigger than in 2014. In Greece, the cold weather in Macedonia could affect the shape of the fruit.

Category: Uncategorized
Tags: apricots, peaches, Stone Fruit
We use cookies on our website to give you the most relevant experience by remembering your preferences and repeat visits. By clicking “Accept All”, you consent to the use of ALL the cookies. However, you may visit "Cookie Settings" to provide a controlled consent.
Cookie SettingsAccept All
Manage consent