The biggest event on the Australian horticulture calendar – the 2015 National Horticulture Convention – is expected to attract more than 1,400 delegates to Queensland’s Gold Coast from June 25-27. […]
Thu 11/06/2015 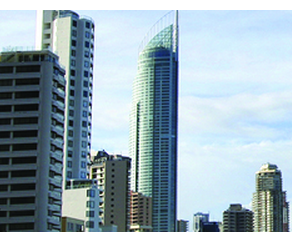 The biggest event on the Australian horticulture calendar – the 2015 National Horticulture Convention – is expected to attract more than 1,400 delegates to Queensland’s Gold Coast from June 25-27.

The keynote address at the 2015 National Horticulture Convention, Trade Show and Awards for Excellence will be delivered by a legend of the US horticulture industry, Blair Richardson, who is president and CEO of the US Potato Board.

Now incorporating both AUSVEG and Apple & Pear Australia Ltd, other features of this year’s convention include the launch of a revolutionary new pest surveillance system that will help growers monitor insect populations. The Trapview Smart Trap System utilises innovative technology to provide a simplified solution for growers, agronomists and researchers to monitor the levels of various pest species in their crops.

Of particular interest to apple and pear growers will be the Speed Updating full-day seminar on Thursday June 25, which gives local and international scientists 10 minutes to showcase their research for the pome fruit industry and how they can help apple and pear orchardists, and on the Friday, the Apple and Pear Variety Showcase will provide an opportunity to look at, try and discuss new varieties and brands of apples and pears.

Other convention highlights include the NextGen surfing session for growers aged under 35 and the Women in Horticulture: A Taste of Success session, both being held on Saturday June 27. APAL Chair Dr Michele Allan and innovative Tasmanian potato grower Susie Daly will address attendees at the highly anticipated Women in Horticulture event which celebrates the vital role women play in the Australian vegetable, potato, apple and pear industries.

For live updates during the event, look for #HortCon2015 on Twitter.

Category: Uncategorized
Tags: Australia, AUSVEG, National Horticulture Convention
We use cookies on our website to give you the most relevant experience by remembering your preferences and repeat visits. By clicking “Accept All”, you consent to the use of ALL the cookies. However, you may visit "Cookie Settings" to provide a controlled consent.
Cookie SettingsAccept All
Manage consent