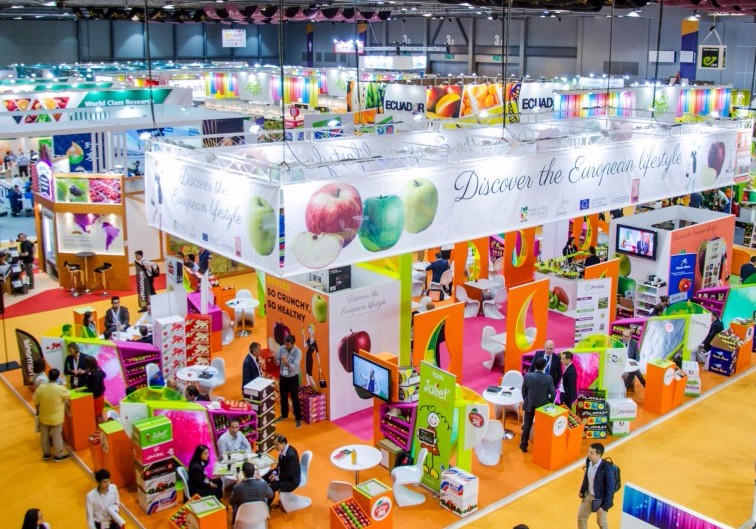 Held September 7-9 at AsiaWorld-Expo, it was the tenth anniversary of Asia’s dedicated fresh fruit and vegetable trade show.

Altogether, some 665 companies from 37 different countries exhibited their products and services at the fair, an increase of almost 100 on the 2015 edition, and with 18% more exhibition space.

Wilfried Wollbold, commercial director of event organiser Global Produce Events, said he was delighted with the show figures. “The results underline Asia Fruit Logistica’s position as the unique pan-Asian event for this business, and also the growing global interest in Asia from leading buyers and suppliers.”

The Marketing Campaign of the Year was presented to leading fruit e-tailer Fruitday for its campaign to create the Chinese orange brand Mr Cheng, South Korean importer Jinwon Trading scooped the Importer of the Year Award, while the Produce Retailer of the Year Award went to Sam’s Club China.

The next day saw the 2nd edition of Cool Logistics Asia conference with insights into the latest trends in Asian perishable supply chains.

Asia Fruit Logistica visitors were also able to attend the Asiafruit Business Forum, a programme of workshops held on the show floor. Day one’s focus was on technology, day two on marketing and day three on trade.

There was strong attendance from across Asia at the show. Over two-thirds of trade visitors came from Asia, together representing more than 20 different Asian consumer markets across the region, including India, Taiwan, Malaysia, Thailand, Indonesia, Singapore, Korea, Japan, the Philippines and Vietnam.

More than 3,500 visitors came from China and Hong Kong and over 1,000 from Australia and New Zealand. Visitors from the rest of the world accounted for one-third of the attendance, led by the Americas (15%) and Europe (7%).

Organisers said the visitor survey results confirmed that more than 90% of trade visitors were involved in purchasing and procurement decisions for their companies.
The breakout of exhibitors by region also underlines the global profile of the show: Asia, together with Australia and New Zealand, accounted for 43% of exhibitors, followed by Europe (24%), the Americas (19%) and the Middle East and Africa (14%).

Several of the top-ten exhibiting nations underlined their commitment to the show this year with sizeable increases in stand space. China, Australia, Egypt, Turkey and Spain were the big growth drivers. Asian nations Thailand (+260%), Korea (+120%) and Pakistan (+93%) registered the largest increases in stand space, followed by leading European supplying countries Spain and Germany.

Category: Uncategorized
Tags: 2016 trade shows, Asia, Asia Fruit Logistica, AsiaWorld-Expo, Global Produce Events, Hong Kong, International Trade Fair for Fruit and Vegetable Marketing in Asia, Wilfried Wollbold
We use cookies on our website to give you the most relevant experience by remembering your preferences and repeat visits. By clicking “Accept All”, you consent to the use of ALL the cookies. However, you may visit "Cookie Settings" to provide a controlled consent.
Cookie SettingsAccept All
Manage consent