VOG Consortium CEO Gerhard Dichgans explains how the situation is evolving, in Italy and internationally.  “As the export season begins in the Southern Hemisphere, the European apple market is still […]
Mon 13/05/2019 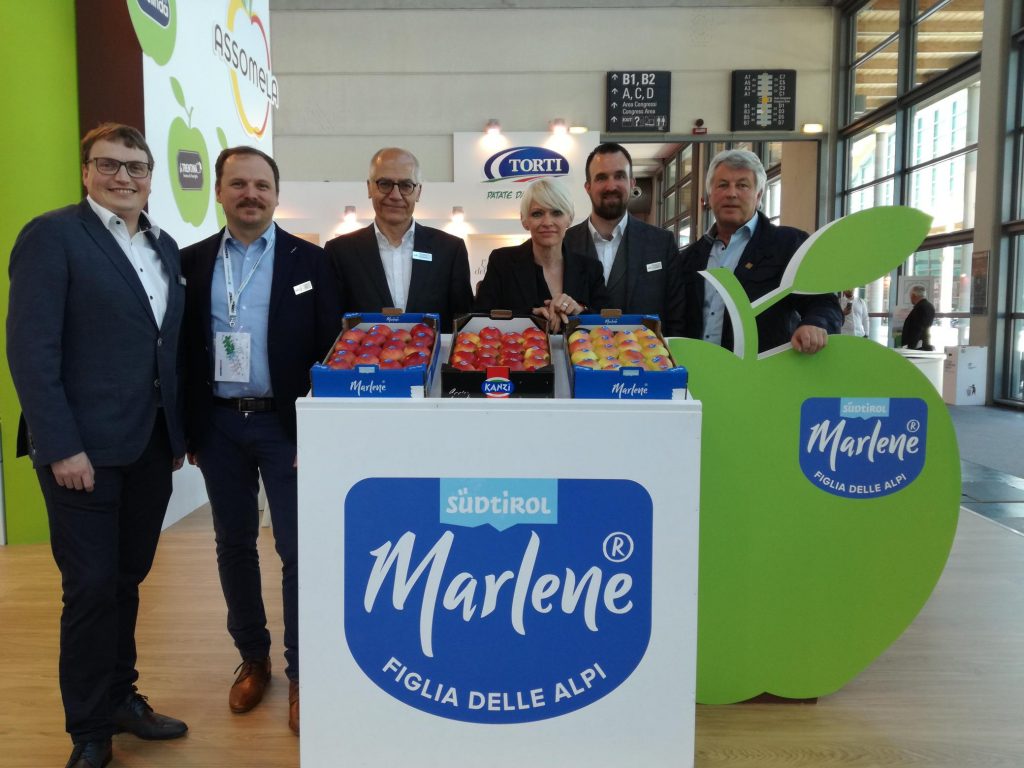 VOG Consortium CEO Gerhard Dichgans explains how the situation is evolving, in Italy and internationally.

“As the export season begins in the Southern Hemisphere, the European apple market is still under pressure, with high stock levels putting the dampers on hopes of a forthcoming recovery in prices.” These are the words of Gerhard Dichgans, CEO of the VOG Consortium, in his latest update on the current international situation.

According to WAPA (World Apple and Pear Association) figures, stocks as of the first of April amounted to 2.3 million tonnes, not just 1.1 million more than the “lean year” of 2017/2018, but also 210,000 tonnes more than a normal season such as 2016/2017. There are surplus stocks not only in Poland but also in the historic production areas in western Europe. “The run-down in European stocks in February and March was below average,” Mr Dichgans states, “in spite of low prices and fiercely competitive quotes from growers. So the hopes for market recovery present at the start of the year have been confirmed only in part, with large differences between one variety and another.”

For the VOG Consortium’s apples, specifically, sales to Italian large-scale distributors have progressed well during the last two months, but the wholesale markets are still sluggish. Customers in Germany, which has been dominated by local supplies so far, are starting to up their purchases from South Tyrol – Südtirol, to bridge the gap over the coming months until imports from the Southern Hemisphere really come on stream. The UK and Scandinavia continue to be active, but, as forecast, Eastern Europe is still at a standstill. However, exports to Mediterranean countries are a pleasant surprise. Once again, the Middle East is proving to be a reliable destination. And as in the past, the huge Indian market is making the crucial difference; it has opened up to exports from Italy, since China (with its poor crop) and the USA have halved their supplies of apples.

“This highly fragmented picture on the markets we serve is perfectly reflected in the stock reduction trends of the individual varieties,” the VOG CEO comments. “The sales season for Royal Gala closed at the end of March, with constant demand from the Mediterranean countries helping us to keep in line with our sales plan. India has been our salvation for Red Delicious, although sales of the same variety are also on the increase in the Middle East after the end of the Royal Gala season. Demand for Granny Smiths has been moderate but steady across all markets. However, the situation for Golden Delicious and Braeburn is completely different. Concerning the Braeburn variety, the large local crop in Germany means the markets have been under pressure ever since the autumn, with very few openings for imports. It is only now that the large chains’ buyers are contacting us to plan the weeks left before the arrival of New Zealand Braeburns. The most relevant market for Golden Delicious is Italy: quotations are still low, fuelled by continual promotional offers which, however, are showing no signs of stimulating consumer demand. This variety is being further penalised by a high percentage of rusty and second grade apples, which are proving hard to sell in view of a plentiful offering of first grade fruit. This “heaviness” of the Italian market is surprising, since the product availability is in line with the average of the last 3 seasons – with the exception of 2017/2018 – and, considering the low first grade ‘pack-out’ percentage, there is actually a shortfall.”

Everyone on the market is now shifting their attention to the final phase of the sales season, which could be positive. “Southern hemisphere crop estimates,” Mr Dichgans explains, “lead us to hope that the quantity of apples available for shipping to Europe is lower than predicted. New Zealand, for example, has cut its estimates by 10%. Exporters from the Southern Hemisphere will focus first on the more lucrative markets in South East Asia, leaving Europe aside. Forecasts for exports to south-eastern Asia seem to be promising, in view of the poor Chinese crop I mentioned earlier.”

Initial import statistics confirm these expectations: by the end of March only 10,000 tonnes had reached Europe, while in the two previous years incoming volumes from the Southern Hemisphere were almost four times this amount. Imports will only increase for Club applies like Pink Lady®, for which European growers are unable to provide year-round coverage. “This will enable Europe to concentrate on disposing of its stocks,” Mr Dichgans concludes, “without having to worry about competition from imported apples. However, there is still a lot of the sales season to go, and there is no doubt that Golden Delicious stocks will hold out until September, overlapping with the arrival of the new 2019 crop. I wouldn’t expect any significant price increase in the coming months, partly because existing inventories make continuous sell-out essential.”

Category: Uncategorized
Tags: Apple, Italy, Macfrut, VOG
We use cookies on our website to give you the most relevant experience by remembering your preferences and repeat visits. By clicking “Accept All”, you consent to the use of ALL the cookies. However, you may visit "Cookie Settings" to provide a controlled consent.
Cookie SettingsAccept All
Manage consent