Italian fruit is a well-known and highly valued product on international markets, to the point that it represents the most consistent item in Italian agri-food exports. This business is aided […]
Mon 31/10/2016 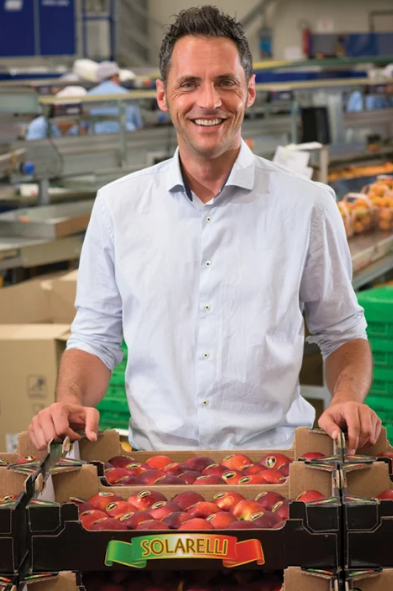 Italian fruit is a well-known and highly valued product on international markets, to the point that it represents the most consistent item in Italian agri-food exports.

This business is aided by new refrigeration, preservation and transport systems that allow Italy’s high-quality fruits to reach increasingly distant markets, which were once inaccessible as a result of the distance.

Many important companies are thus now able to place half, and sometimes even more, of their fruit production under the category of exports.

“For us,” said Mirco Zanelli, sales director for Apofruit, “exports represent around 50% of the total, but for some products we are also reaching 70%. Our reference markets, as well as the national market, are in Europe: Germany, the United Kingdom and the Scandinavian countries. Here, we are exporting mostly summer fruits, while in autumn and winter we are managing to add a few overseas markets for reference.”

One example of this strategy (from 2015) are Angeleno plums: Apofruit exports 75% of its production of these fruits, of which 5% are destined for overseas markets. Other examples include peaches and nectarines, 52% of which are exports, and pears, in which exports represent 22%.

For these products – peaches, nectarines and summer products in general – the reference markets are still the European ones, but a considerable increase has been noted over the last two seasons in the shipping of summer products by air, up 346% compared with the same period of the previous year for a total that exceeds the 730 tons of product moved.

Aerial transport makes it possible to transport highly perishable fruits and vegetables such as cherries, apricots, melons and plums, which otherwise would not arrive at their destination intact. Currently, the destination of aerial transport is the Middle East.

The situation is different for apples, for which the proportion of exports represents 58% of the total, divided equally between Europe and overseas.

As regards kiwis, the proportion of exports is close to 63% of total production, of which 5% is destined for overseas markets, although this has increased in recent years with the opening of new markets, which brings significant potential although it is also clearly linked to phytosanitary regulations and to the possibility of the opening of other new destinations.

“Some products, such as apples, grapes and kiwis,” Zanelli continues, “have longer shelf lives and this allows them to cover greater distances. This means that more distant markets such as the Middle East and South America can be reached, particularly Brazil: markets where our production can reach its optimum value.

As regards China, due to phytosanitary restrictions the only product currently admitted is the kiwi, and the potential of this market could be very high for other products as well. Other reference countries for the kiwi are Taiwan, Hong Kong, Singapore, Canada, the Middle East, North Africa and the US. The Mexican market should open up for this product this season as well.”