The group’s production area is spread throughout the province of Almeria, from Cuevas de Almanzora to Adra, with logistic points in areas such as La Alpujarra, Alhama, Palomares, Níjar, Adra, […]
Thu 13/02/2014 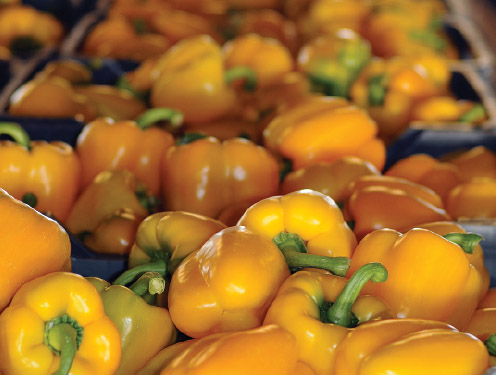 The group’s production area is spread throughout the province of Almeria, from Cuevas de Almanzora to Adra, with logistic points in areas such as La Alpujarra, Alhama, Palomares, Níjar, Adra, Roquetas or El Ejido, as well as along the Granada Coast.
The group trades in nine product families, including tomato, cucumber, pepper, courgette, aubergine, beans, Chinese leaves, melons and watermelons, each with a wide range of varieties.
The group’s production last season notably reached 286,000,000 kg, a result unassumingly qualified by the company as “moderately positive”, with similar figures forecast for the current campaign.
The main distribution channels for Grupo Agroponiente focus on wholesale trading, aimed at supermarket chains and markets.
The Group has been characterised for several years now by sustained growth in volume and custom, covering practically all countries in Europe, with pride of place going to Germany, the United Kingdom, France, Poland and the Netherlands, followed by Scandinavia and the Baltic countries as well as Russia. Over the last two campaigns they have rolled out a strategy of direct trading with the United States and Canada, which is also continuing an upward trend.  Alongside this, it should be noted that just over a year ago the group started up trial exports to North America, with produce shipped to Canada and the eastern coast of the USA. The plan is to continue this experience for the coming campaign and one of the main challenges lies in the logistical organisation required in order to make headway in terms of volumes and customer portfolio. The proliferation of specialities is remarkable, especially in tomatoes and peppers, but also in other products such as aubergine.  Agroponiente is currently engaged in an in-depth task to link production with market demand, among other things focusing on these specialities, ranging from black tomato, cherry, Rebellion or Raf to striped aubergine or several different types of pepper.